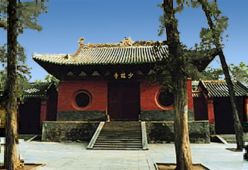 How Does Buddha Dharma Influence the Development of Qigong in China?

The Buddhist Master Bodhidharma, an Indian Prince before his renunciation, went to the Shaolin Monastery 1500 years ago and meditated in solitude for nine years. At the end of his retreat, he taught several systems of Qigong (Energy Yoga) to the monks at the Shaolin Monastery so that their constitution was fortified, to give rise to heightened vitality, for Dharma practice.

These Qigong systems include 'Yi Gin Ching' - Sinews Changing Classics - which strengthened the health of the monks and empowered their physique, and 'Shii Soei Ching' - the Marrow Washing Classics - which deals with qi cleansing, marrow rejuvenation, and the fusion of energy for enlightenment.