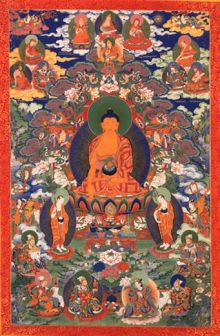 Dharma can be defined according to the context in which it is expressed as: