What are the True Causes of Suffering which give rise to Samsara? 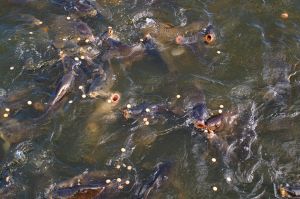 Ignorance is the result of non-maturing consciousness which obstructs one's awareness in recognising the true nature of matters and situations. Ignorance is the key reason that samsara comes into existence.

Desire, the second root unwholesome factor, attaches our mind to internal or external objects. Since all objects of desire are transient phenomena which rise and fall in accordance to their nature, our grasping for such objects can never be fulfilled, and those who indulge in desire will always end up disappointed.

Anger, the third root unwholesome factor, is the expression of hatred and resentment caused by the presence of harmful intent generated by ourselves towards ourselves or others. Since anger begets anger, nothing wholesome or constructive will emerge from the indulgence of anger.

Pride, the fourth root unwholesome factor, is the result of self-absorbed attachment to one's ego. Pride which begets arrogance and conceit, leads to the arising of an exaggerated estimation of one's ability, causing one to believe one is far superior to others, or thinking oneself to be only slightly less knowledgeable, or even greater, than those who are in actuality far more skilful and knowledgeable. Because of their addiction to conceit, they never take heed of advice and habitually generate causes of sufferings for both themselves and others while remaining totally oblivious to their folly.

Doubt, the fifth root unwholesome factor is caused by excessive intellectualisation without actual investigation. The result is one of utter confusion exacerbated by one's continuous ignorance of the necessity to engage in virtuous actions which are conducive to the cultivation of the causes of happiness.

Afflictive view, the sixth root unwholesome factor, is caused by the erroneous views of the analytical mind. These views include: the mistaken conclusion that the transitory collection of the psycho-physical aggregates of 'I' and 'mine' is the result of inherent existence; the extreme view that the transitory collection of 'I' is either permanent or of no consequence to future existence; the holding of the afore mentioned extreme view as supreme; the holding of the conception of unwholesome modes of conduct as supreme; and lastly, the afflictive view that rejects what does exist or superimposes imagined objects on what does not exist.