What is the difference between Rebirth and Reincarnation? 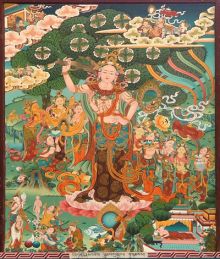 Rebirth is a timeless cyclic process centred around the revolving wheel of birth and death. From one lifetime to the next, one learns certain spiritual lessons as one faces up to the fruits of justice from previous lives and repays the karmic debt one owes, while ceaselessly shaping the circumstances for our next rebirth in accord with the mental imprints in our mindstream. And so, one lifetime unfolds after another, carrying with it the genetic coding of all our previous lives, the source of all our sorrow and our strength. Carl Jung referred to this as the Ancestral Memory, while Plato expounded the necessity to free the soul from the body so that the nature of our true pattern may prevail, and the insight one has accumulated from previous lives may be recalled. However, there is a major difference between rebirth and reincarnation.

Rebirth is an unconscious process incited by the compulsiveness of habitual dispositions in our ultra-subconscious mindstream which reflects how we have comported ourselves in previous lives. In rebirth, one has absolutely no choice over the kind of lives to which one may return. It is utterly dictated by the audit of karmic lessons we have assimilated from our previous lives. Rebirth is thus manifested in accordance with the immutable canon of 'one reaps what one sows'.

Reincarnation, on the other hand, is a voluntary action of free choice. It is the result of the most esoteric meditative practice which brings about the ultimate evolution of the mind whereby one is able to maintain full command of one's consciousness as one transits through the different intermediate stages of death which lead towards the most subtle realm of the mind, at which the adept can permeate the absolute reality of all things and break free from the shackle of karma. From there on, they have total command over the precise form and circumstances of their future reincarnation. Many of these sublime masters, referred to as Buddha in Buddhism, are reincarnated voluntarily time after time; their holy mission: to liberate the suffering of all sentient beings. Some of them return in low profile and work quietly with little publicity of their whereabouts. Others return to become prominent leaders and eminent authorities so that they can, from a position of influence, promote a higher state of spiritual awareness in the world. Reincarnation is thus the highest form of altruism. Current well known figures include: H.H. The 14th Dalai Lama, H.H. The 3rd Drubwang Pema Norbu "Penor" Rinpoche; H.H. The 17th Karmapa and many others.