How does one define ‘Being in the World but Not of the World’? 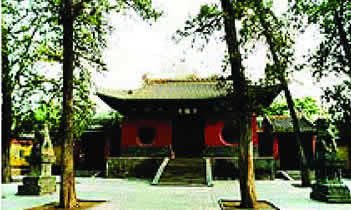 The whole of human existence is pervaded throughout by the potentialities of unsatisfactoriness which are continuously manifested as a result of the ripening of karmic formations spawned previously by our past actions. While the pace and the intensity of the ripening of karmic effects are regulated by the dynamics of time, space and the condition of their active or potential state, no sentient beings can come into existence in the physical realm without the presence of the psycho-physical aggregates of physical matter, sensory responses, perceptive reactions, emotional impressions and gross mental consciousness. These five causally conditioned aggregates, composed of an ever-changing assembling of physical and mental factors, are as a group one of two main causes for the arising of unsatisfactoriness in the world; the other cause being the environment in which suffering occurs.

In spite of the prevalence of unsatisfactoriness in the world, there is no need to subject oneself to an existence that is driven by the nature of suffering, for the actuality of suffering we experience is entirely dependent on the extent of our attachment to delusions. Regardless of the success one achieves in the pursuit of fame and fortune, one cannot escape the advent of old age, sickness, and death. Nothing is infinite. All forms and matters in the physical realm will sooner or later decay into oblivion, for what is born of the form will vanish at the dissolution of the form. Life has no purpose for the man of faith other than to channel one's energy towards the deliverance of all sentient beings. Lord Shakyamuni Buddha, in the tradition of being in the world but not of the world, shared the full faculties of being human, yet his action was always of the purest compassion and infinite wisdom.