Why is Sincerity such an Essential Quality in the Advancement of Human Potential? 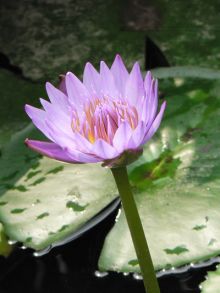 If there is any deficiency in the practice of his virtue, the sincere man will do all he can to make amendment. If there is any excess in his actions, he will take steps to watch over it to ensure his words have respect to his actions, and his actions have respect to his words. He understands that the means by which to achieve a goal are never as important as the prerequisite of sincerity because a sincere approach is always effective on the heart and mind for it is in alignment with the nature of Eternal Law.

By means of sincerity and consistency, even an ordinary man can transform into a superior man, capable of functioning in the world of mundane living, yet spiritually unaffected by the conflicts of the world. To him, the path of spirituality is a diligent pursuit of one's perfection through which, by effort of sincerity and consistency, he sets himself free from the bondage of what others deemed as calamity, and is content to follow the unfoldment of the Divine Will; therefore he is serene and untroubled.

The happenings of heaven and earth are in actuality at one with the movements of the mind. Environment changes with mind; mind moves with events. Where there is sincerity, delusion disperses, and the true state of the mind is revealed. That is why to be utterly indifferent to affairs and to be overly concerned about things are both not right. If one can see the underlying truth of things, then one can go beyond one's subjective view. Life's fortunes and misfortunes: all are produced by the functions of the mind. When the desire for affection, fame, and status burns brightly, it is nothing other than the fires of hell. When one is sunk in avarice and greed, he surely will drown in a bitter sea. But if one is determined to be pure, raging flames become a cool lakeside breeze. And if one is sincere and determined to be enlightened, the boat will reach the other shore. That is why sincerity is regarded so highly by the sage.