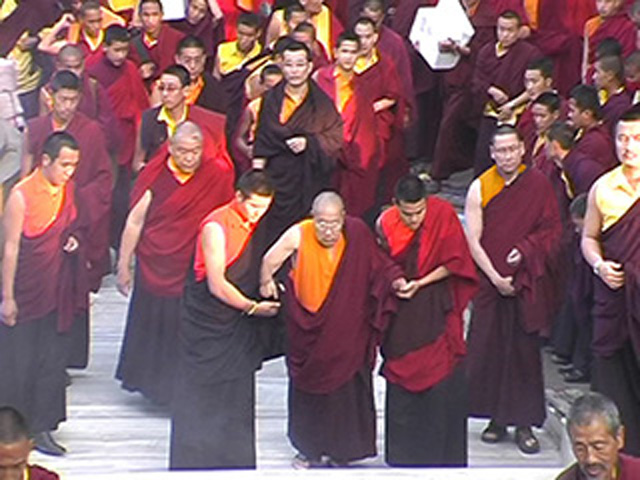 Ever since His Holiness Penor Rinpoche returned to Tibet in 1982 to revive the glorious tradition of the Palyul lineage, Buddhist devotees the world over have enjoyed the regular visits and teachings given by Palyul teachers designated by His Holiness. In 1990, the very first Nyingma Monlam Chenpo, The Great Prayer Festival of the Nyingma tradition in India was held at the holy place of Bodhgaya during the first ten days of the twelfth month of that Tibetan calendar year. It has since becomes the annual focal point that attracts tens of thousands of Buddhist devotees from around the world to gather together in praying for world peace and harmony for humanity. Shortly after the conclusion of the 31st Nyingma Monlam Chenpo on the 4th February 2020, reports of coronavirus became regular headlines all over the world press with many countries initiating nationwide lockdown soon afterwards. Namdroling Monastery and all the Palyul Centres around the world were likewise placed in lockdown and ceased all gathering of sangha assembly for group practices.

The Palyul Retreat Centre, in Upstate New York, USA, which has offered a series of one-month retreats in the summer since 1998, that cover Ngondrö, the preliminary practice of Nam Chö; the Inner Heat practice of Tselung; the Three Roots and the Dzogchen practices of Trechö and Tögal, had to adapt to accommodate the pandemic crisis and became the first ever Virtual Summer Retreat with daily practices on Facebook and Zoom led by Khenpo Tenzin Norgay, Lopon Pasang Gurung, and Lopon Rapjee Wangchuk, featuring recorded archive teaching by His Holiness Penor Rinpoche streamed on video. Virtual teaching and virtual group practices online speedily became a regular feature that transcends distance and connects teachers and students from around the world. Here are some of the choices that have been available to students in the last few months. 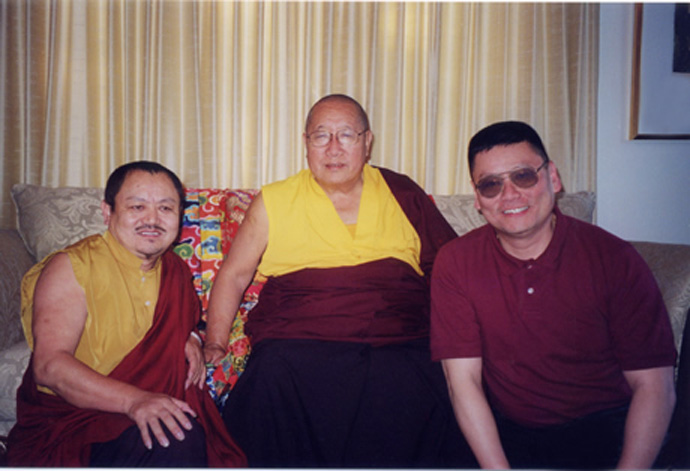 Khenchen Tsewang Gyatso Rinpoche gave a series of virtual teachings that cover Jigme Lingpa’s classic Kyerim Ogmin Drothpai Themke - Instructions on the Development Stage called the Steps to Akanistha Heaven and the niceties of the Ngondrö practices. This was followed by online teaching on the Seven Line Prayers to Guru Rinpoche, and the Seven Points of Mind Training - the preliminary teaching of the Lama Yangthig by great Dzochen master, Longchen Rabjam. 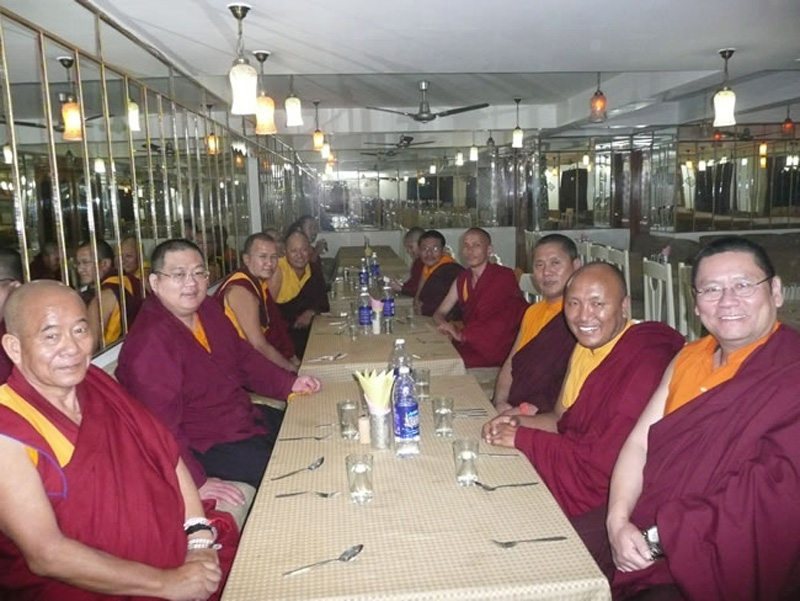 Khenchen Pema Sherab Rinpoche gave a series of teaching by Zoom on Nagarjuna’s classics Letter To A Friend which was given in Tibetan with translation available in English, Mandarin, Spanish and Greek. Written in the format of a poem with 123 verses, as a letter of advice to his friend King Gautamiputra. It introduces the entire Mahayana path and practice to both the ordained and householders leading to liberation and enlightenment. 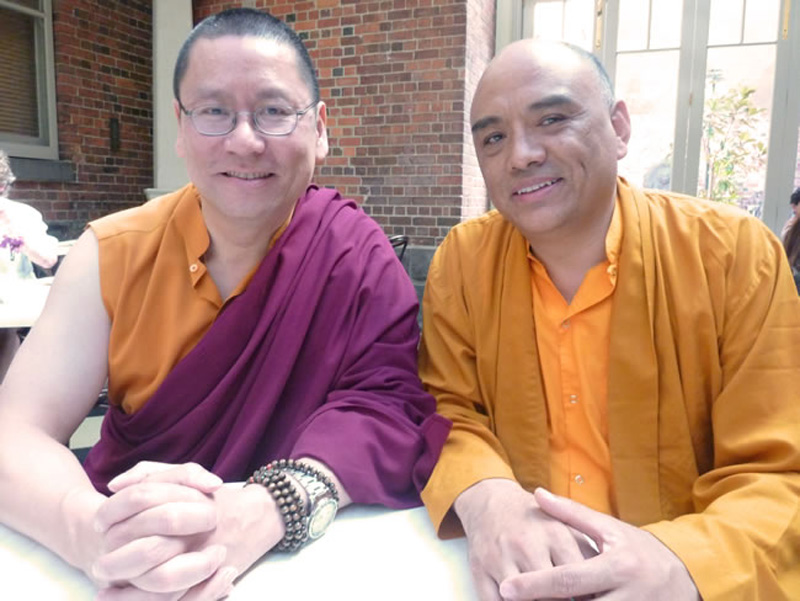 Khenpo Tenzin Norgay Rinpoche gave a series of online teaching on Nges Shes Rinpoche’i Sgron Me - Mipham Rinpoche’s Beacon of Certainty - a Madhyamaka text which offers insights into the key points of view and meditation on the level of Madhyamaka and Vajrayana. It is presented as a commentary structured around such questions as the two negations of identity and existence, and other practical issues that are related to the Dzogchen perspective of the indivisible union of appearance and emptiness, bridging the study of the sutra with that of the tantra. 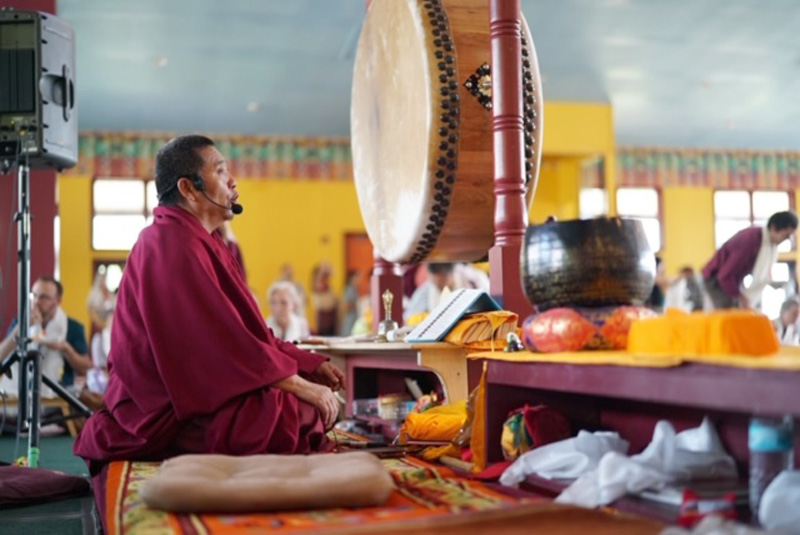 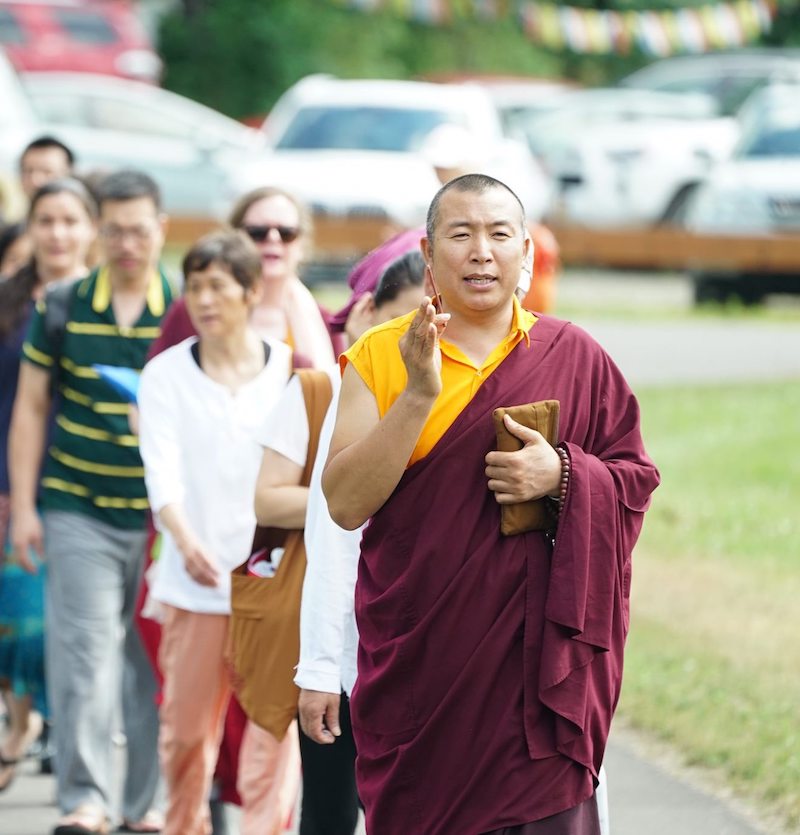 Lopon Rapjee Wangchuk, resident Lama of Nyingma Palyul Dharma Centre in New York, offers morning practice that include Riwö Sangchö, Vajrakilaya, Homage to 21 Taras, and evening practices on sadhana of Guru Takhyung Barwa, Dharma Protector and on each Saturday, Chöd practice of the Longchen Nyingtik known as Laughter of the Dakinis (Khandro Gayjang).

For the Pathgate students, virtual teaching by means of daily audio recording has been available for many years to those who have been registered to receive. The current ongoing teaching given by Lama Dondrup Dorje Rinpoche is Paltrul Rinpoche’s classics Thog Tha Bar Sum Du Ge Wai Tam - The Virtuous Instruction That is good in the Beginning, Middle and End – The Heart Jewel Of Three Sacred Practice of the View, Meditation and Conduct, written in the format of a poem comprising eighty-two verses. It describes the entire Buddhist path, starting from the most basic motivation and culminating in the direct experience of absolute reality beyond the reach of the conceptual mind.

In spite of the pandemic crisis that made it impossible for teachers and students to gather together in one place for teachings and practices, Dharma activities continue to thrive beyond the limitation of distance and time in 2020.