Tibet Foundation was founded as a registered Charity in 1985. The aims of the Foundation was to promote the culture, religion and Tibetan way of life; to relieve poverty amongst people of Tibetan origin; to raise the standard of education and health care in Tibetan communities. 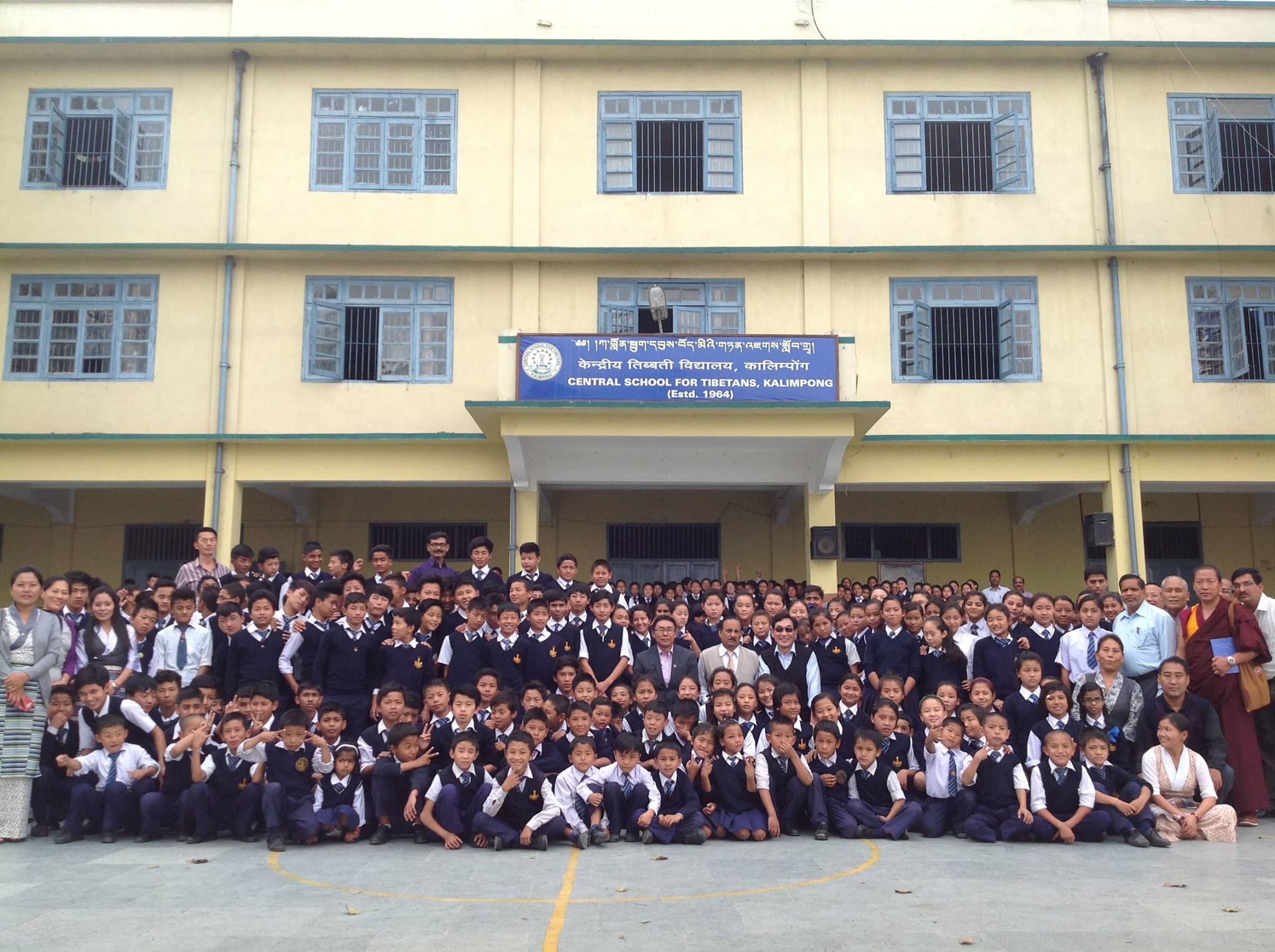 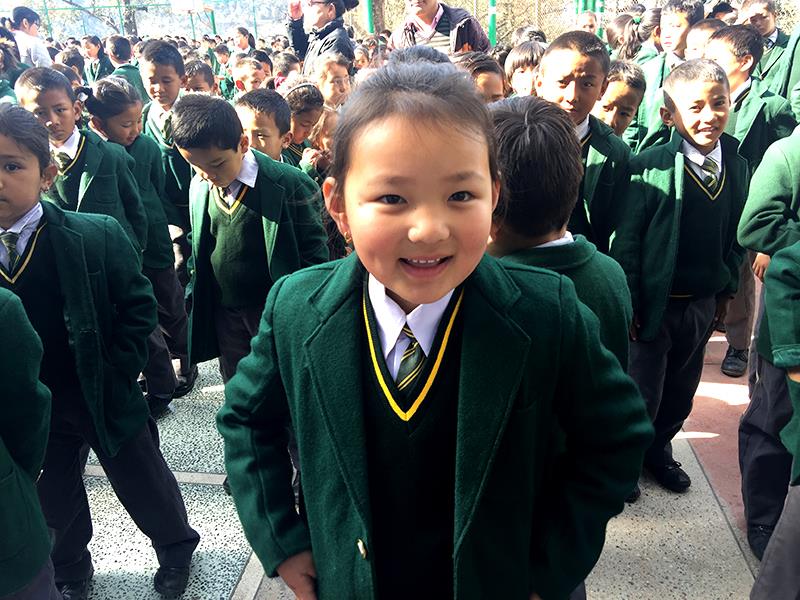 Thirty-five years ago, the Tibetan settlements in India were large, the communities were poor and mainly working in the fields. Hardly anyone had a professional career outside of farming. Demand for new schools was high. Today by contrast, many schools have been closed due to lack of students. Old people’s home were once unheard of in the Tibetan settlement, whereas many of the communities now have them. The Tibetan today is very different. They are educated and many went to the west while others are employed in the cities and towns. 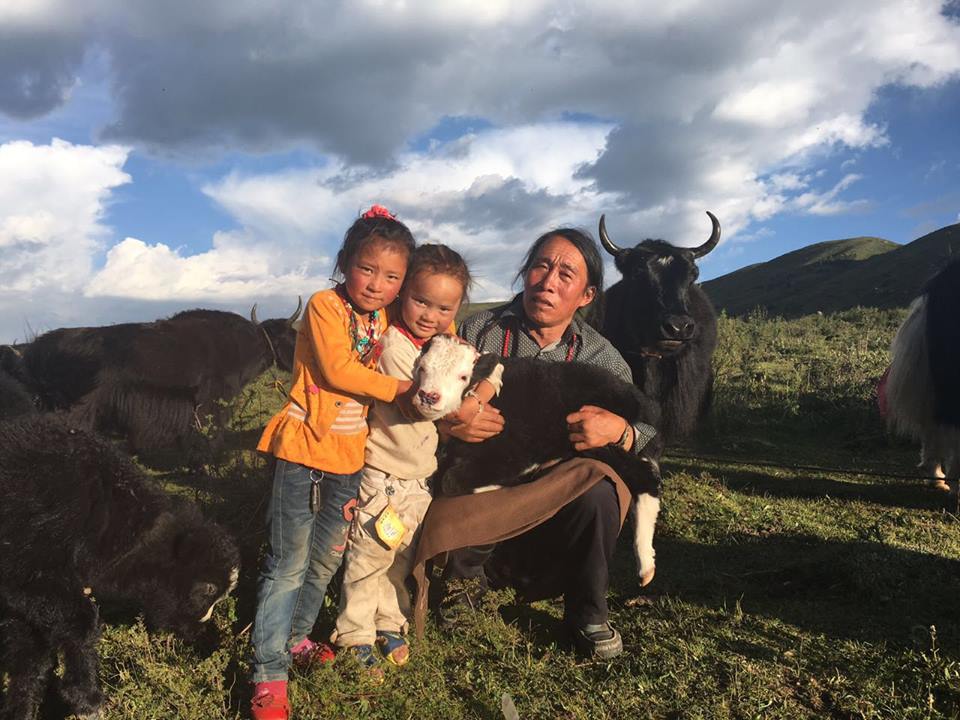 Back in the 80s, provisions for education and health care in Tibet were meagre, and poverty was widespread. Food and living conditions were very basic and the farming tools were primitive. Tibet Foundation has been helping nomadic families in Yushu and Kandze areas in Tibet since 1996 by giving them yaks through its ‘Yak for Life’ project 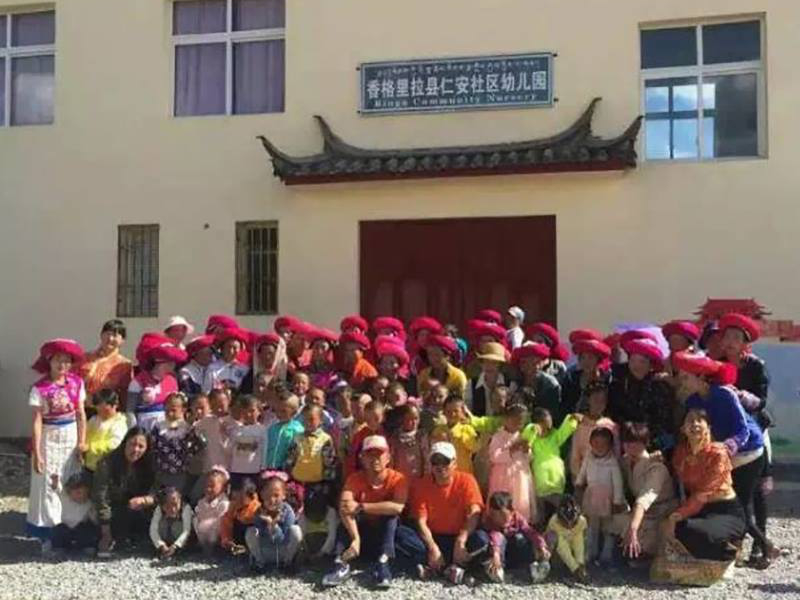 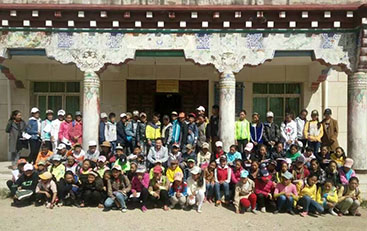 Now there are hundreds of schools even in the rural areas of Tibet. Literacy among children is high and many Tibetans are working in a whole range of professions in their local area. Tibetan farmers now use modern agricultural machinery; most houses have electricity; many people own cars and send their children to colleges in mainland China and even to foreign countries. 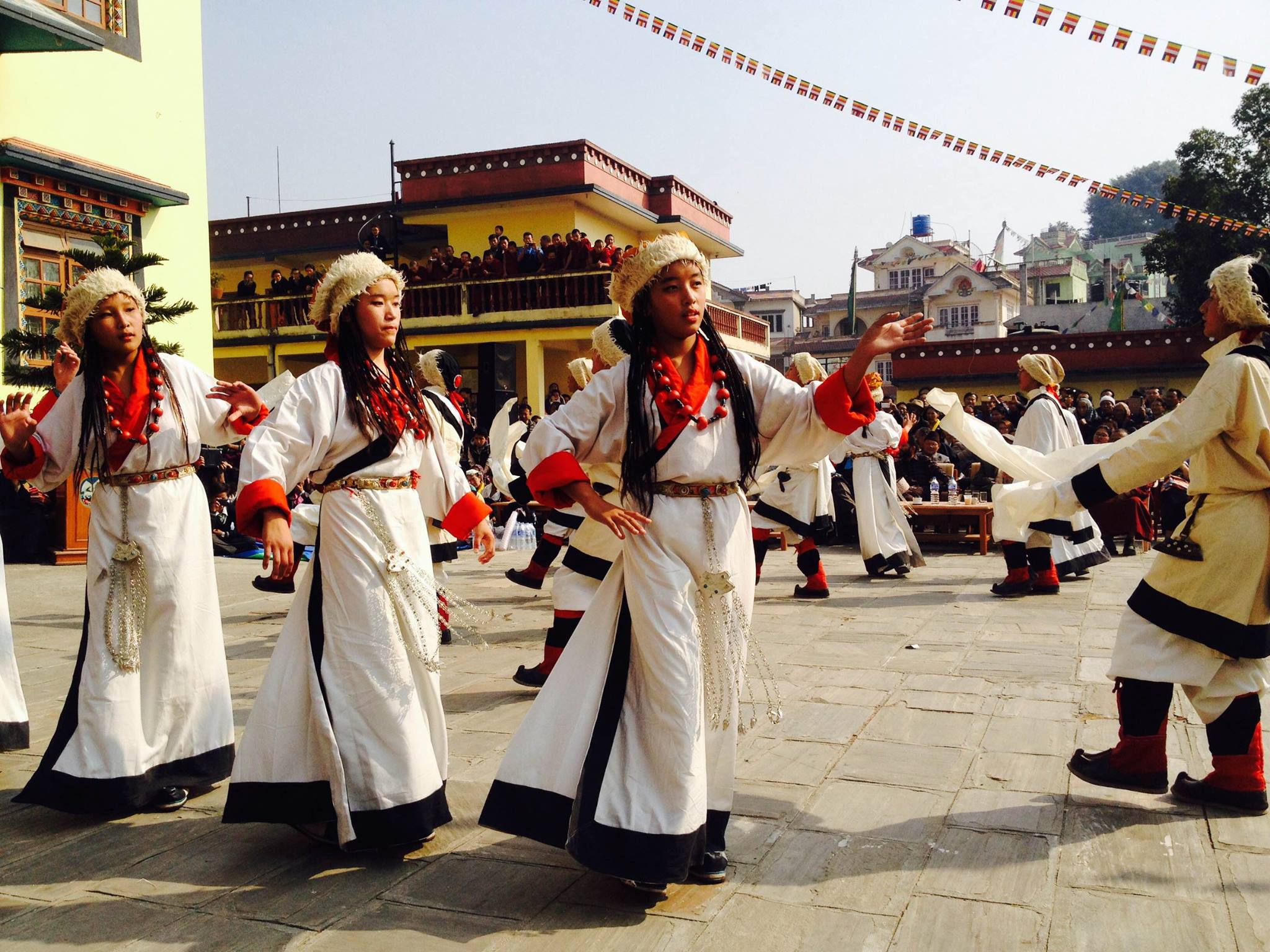 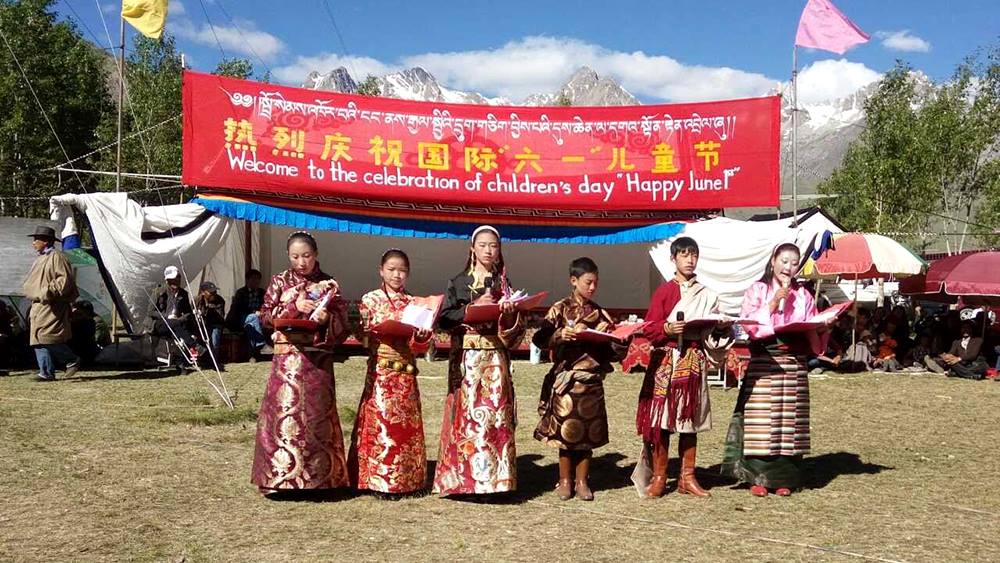 One of the Foundation’s programmes has been ‘Buddhism in Mongolia’. Mongolia is a landlocked country situated between Russia to the north and China to the south. From 16th to early 20th century, Tibetan Buddhism began to spread to Mongolia. When the Qing Dynasty collapsed in 1911, Mongolia suffered a severe blow with the Soviet intervention and the introduction of communist rule. In the late 1930s all but a few of the 1000 monasteries were destroyed, the most learned monks being imprisoned or killed, the youngest ones being either exiled, or forced to work in Soviet-built factories. At the time when ‘Buddhism in Mongolia’ programme was introduced after the collapse of the Soviet Union, the Buddhist temples in Mongolia were mainly ruins and qualified Buddhist teachers were almost non-existent. At the request of Mongolian people, the Foundation established a range of important projects: building and renovating temples and libraries; translating and publishing Buddhist texts in the Mongolian language; bringing Tibetan Buddhist teachers to Mongolia; sending Mongolian students to study Buddhism in India; introducing Buddhist textbooks into Mongolian secondary schools and publishing multi-language catalogues of the remarkable Buddhist art collections held by Mongolian museums. 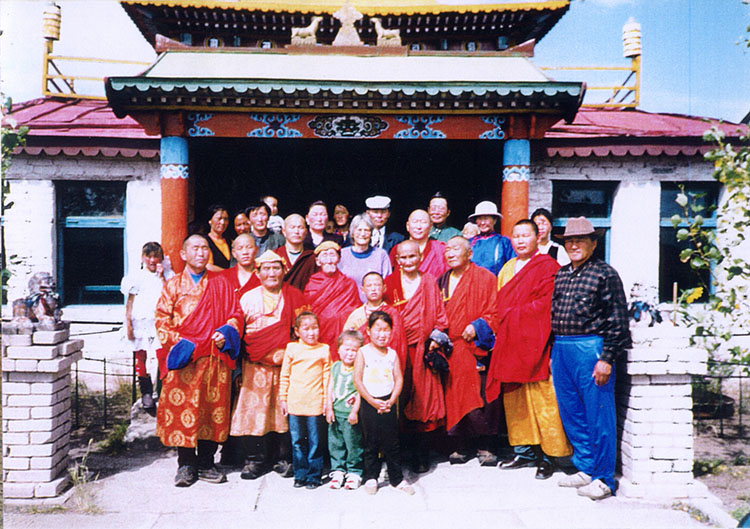 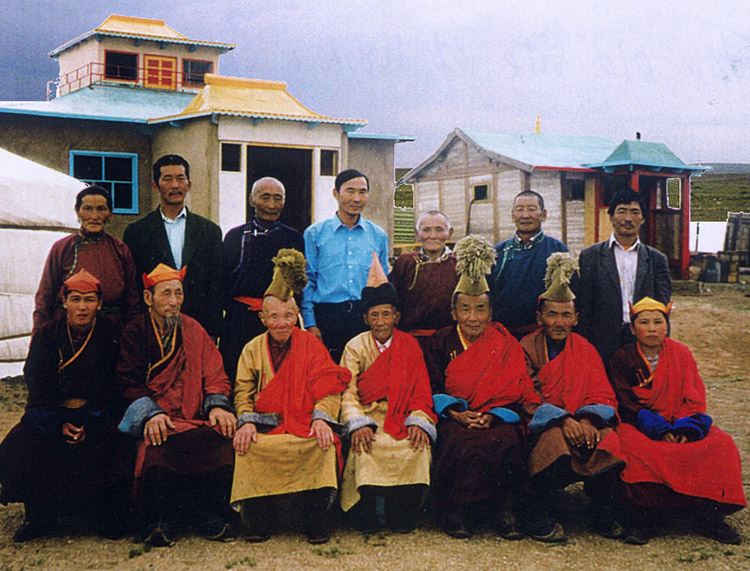 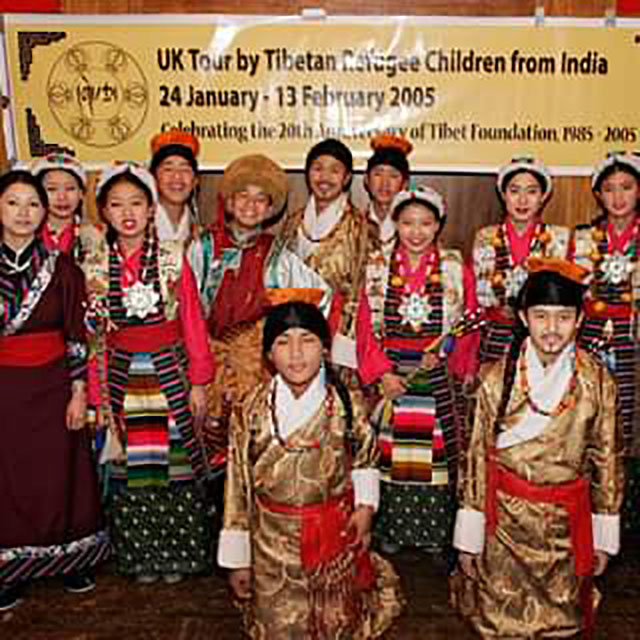 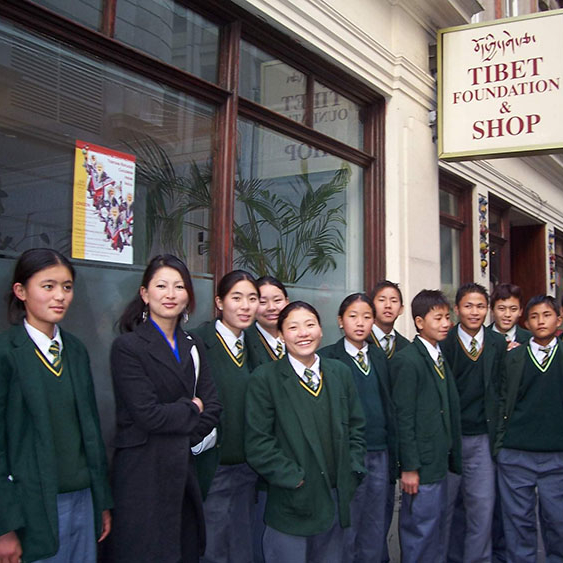 Tibet Foundation has been a long-time working partner of Pathgate Institute for over two decades. Pathgate had, through the Foundation, sponsored the education of countless numbers of Tibetan students and had actively participated in the ‘Buddhism in Mongolia’ programme. With funding provided by Pathgate, the Foundation was able to sponsor the construction of stupa and temples in Mongolia; the staging of Mongolian Art Exhibition in the UK; the procurement of a full set of Kangyur comprising the entire collection of Buddha’s teaching from Tibet for Mongolia; and the translation and printing of Dharma books. One such book was ‘Basic Buddhism’ in three languages - English, Cyrillic and old Mongolian. This book was reprinted three times with a total number of 23,000 copies for free distribution in Mongolia. Another book was the translation of ‘The Essence of Refined Gold’, a commentary on Atisha’s ‘Lamp for the Path of Enlightenment’ from Tibetan to Mongolian. 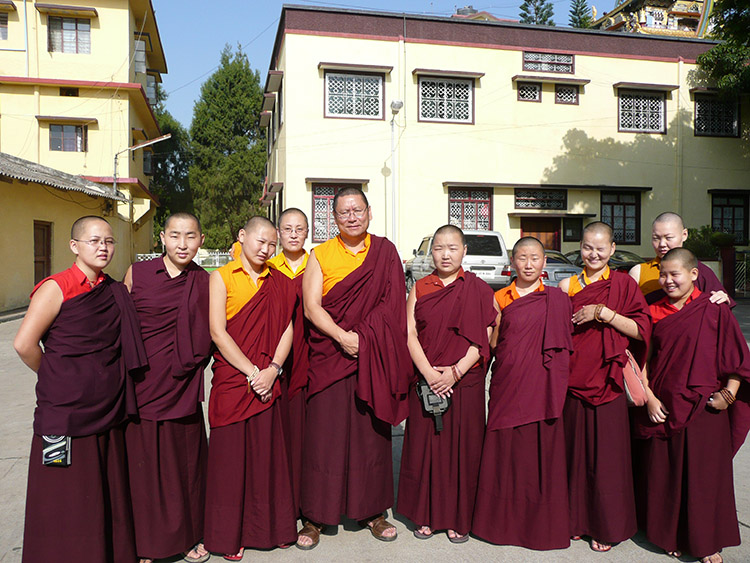 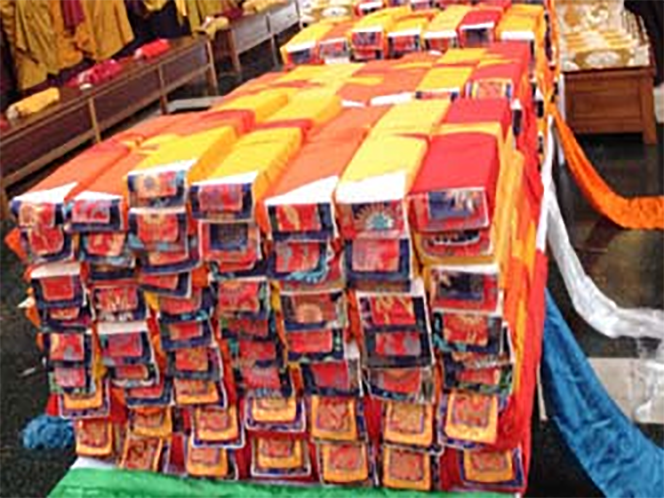 Tibet Foundation, in the span of over 35 years, has accomplished its stated objectives of assisting people of Tibetan origin living in China, Nepal and India, striving to improve their education, health care and economic development, while at the same time promoting Tibetan and Mongolian Buddhist cultures. As a charity, it exits on a high note, in the knowledge that the Foundation has succeeded in achieving its aims and objectives. While we are saying farewell to the entire team behind Tibet Foundation and wishing them a new auspicious beginning, you may wish to visit one of the most stupendous legacies they have bequeathed to the city of London - Tibetan Peace Garden. 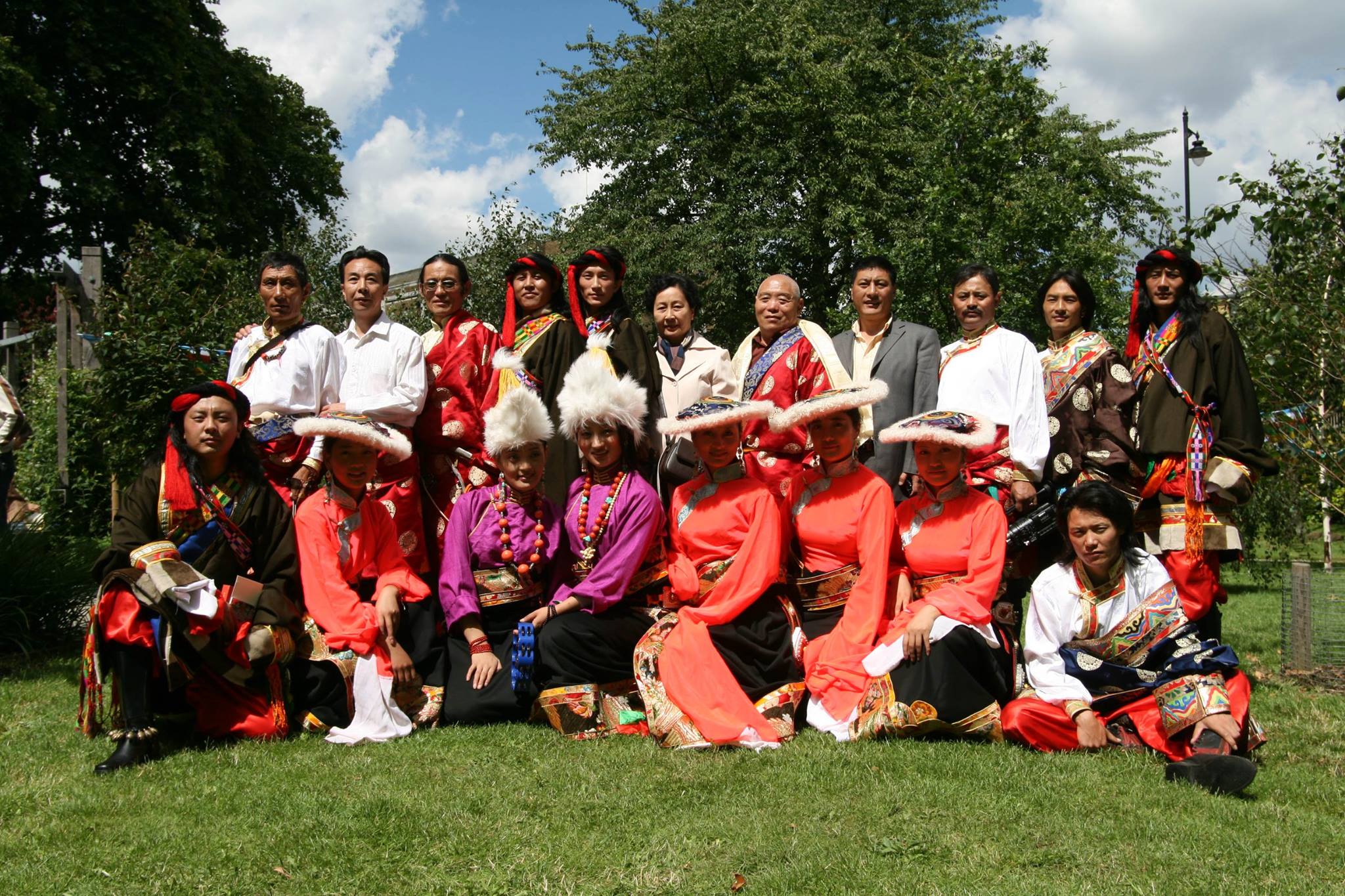 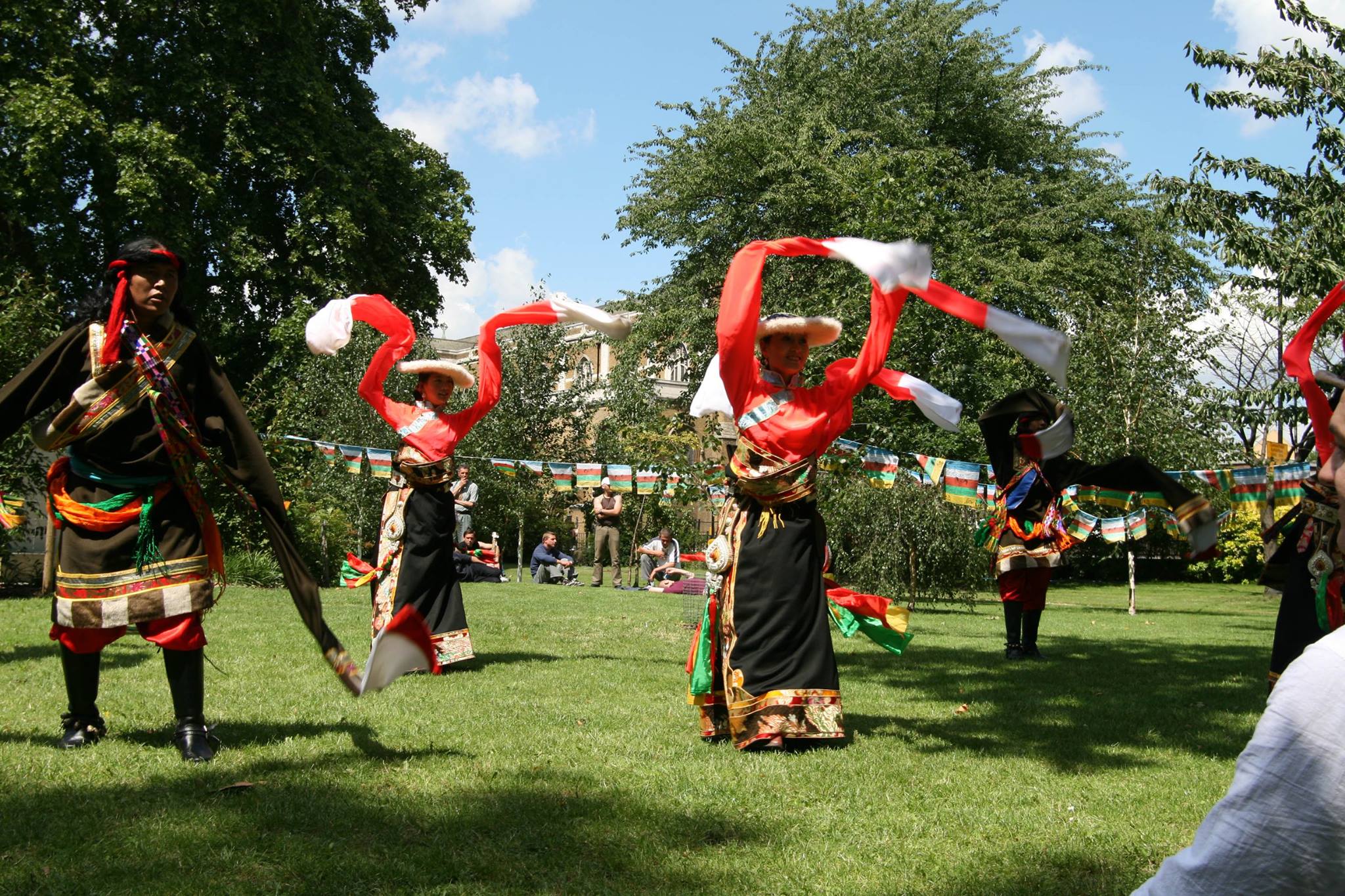 Tibetan Peace Garden was commissioned by Tibet Foundation and opened to the public in May 1999. This Garden of Contemplation (Samten Kyil) is a place where anyone can come and enjoy a moment of peace and tranquillity. Its centrepiece is a bronze Kalachakra Mandala with eight meditation seats surrounded by a mix of Western and Eastern designs and white roses. 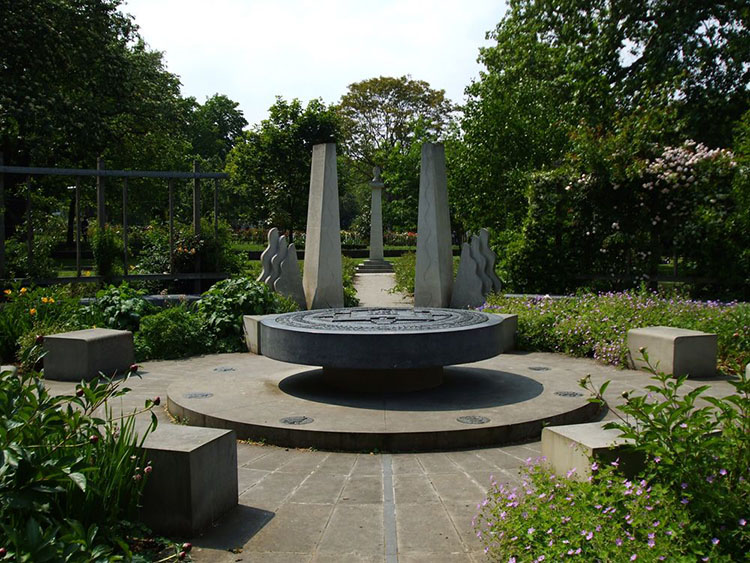 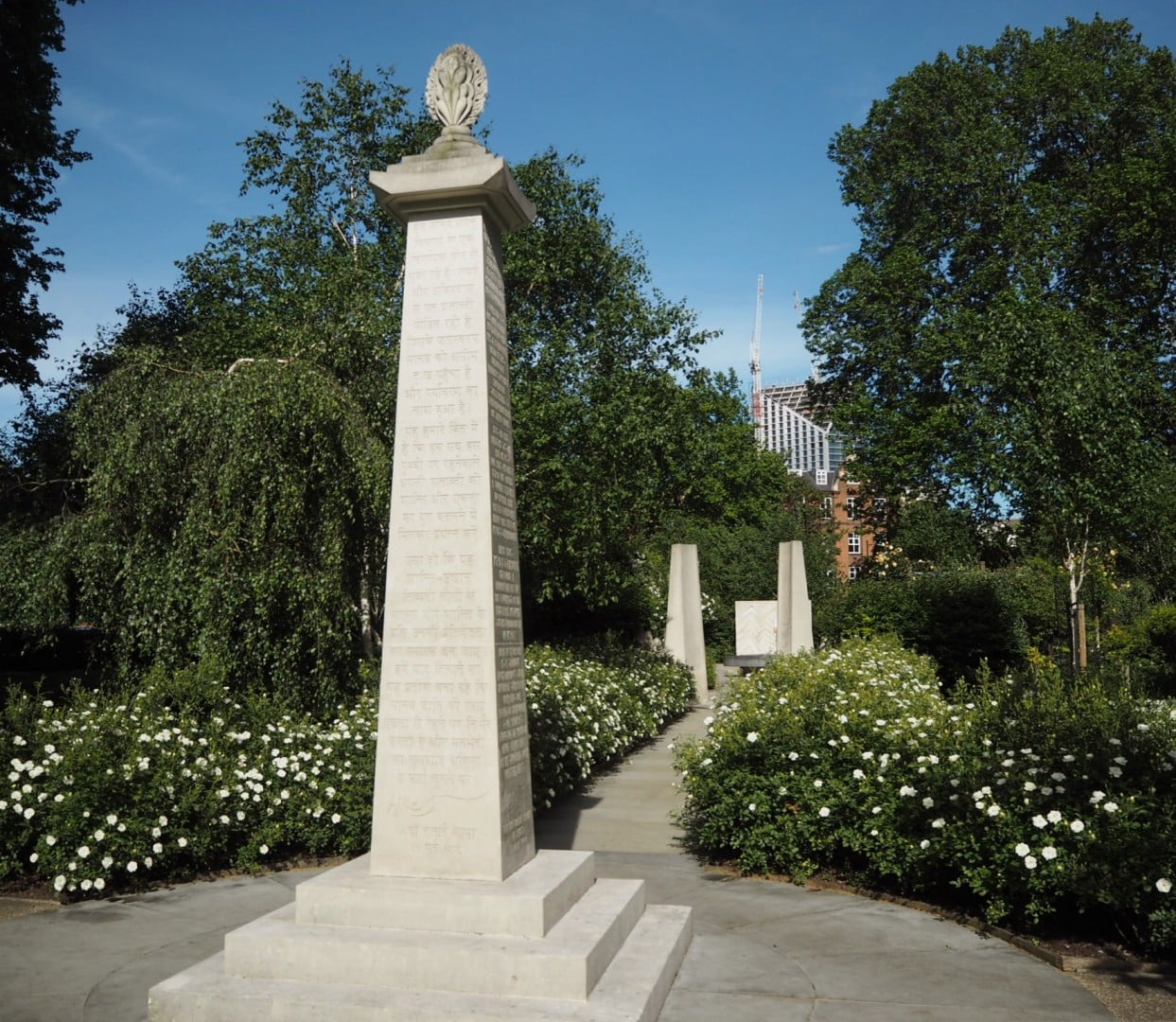 Close by the entrance of the Garden is a stone pillar known as the Language Pillar. The pillar design is based on the Sho Pillar, a 9th century treaty stone in Lhasa acknowledging the rights of both Tibet and China to co-exist in peace. The three carved steps at the top of the pillar represent peace, understanding and love. Carved into each side of this pillar, in Tibetan, English, Chinese and Hindi, is a special message: “We human beings are passing through a crucial period in our development. Conflicts and mistrust have plagued the past century, which has brought immeasurable human suffering and environmental destruction. It is in the interests of all of us on this planet that we make a joint effort to turn the next century into an era of peace and harmony. May this peace garden become a monument to the courage of the Tibetan people and commitment to peace. May it remain as a symbol to remind us that human survival depends on living in harmony and always choosing the path of non-violence in resolving differences.”