Review of Pathgate Institute in 2011

By the support of the lineage blessing, Ven. Lama Dondrup Dorje continued to propagate Buddha Dharma and support Dharma activities around the world during the course of 2011, working tirelessly to promote the enlightened activity of his Root Guru, His Holiness Pema Norbu Rinpoche. 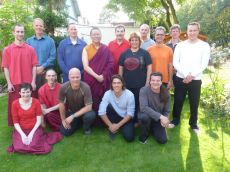 In addition to making regular visits to support existing students around the world, and conducting numerous retreats throughout the year, Ven. Lama Dondrup Dorje also responded to long-standing requests and made his first teaching visit to Netherlands and Romania in 2011. In addition to giving Dharma teachings in the Netherlands, Ven. Lama Dondrup Dorje also conducted the ceremony of Tse Thar: the practice of Ransom and Life Release, at the request of local students. 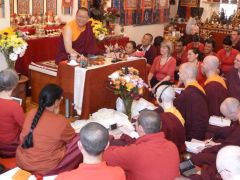 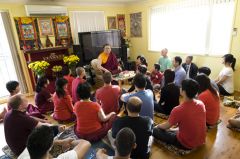 In Australia, the new extension of a bigger and more spacious Pathgate Dharma Centre in Sydney has been progressing well, and the construction of the new shrine room is scheduled to complete by early 2012. It will be the future base for the Pathgate Australia Summer Retreat which is planned for January 2013.

Inter-faith dialogue was a strong theme in 2011, apart from accepting an invitation to give teaching to the congregation of a local Church, Ven. Lama Dondrup Dorje was delighted to play host to the Archbishop of the Evangelical Baptist Church of Georgia, His Excellency Malkhaz Songulashvili, who travelled to Newcastle upon Tyne to meet with him to learn more about Buddhism. Finding answers to his many questions through their time together, the Archbishop described his meeting with Ven. Lama Dondrup Dorje as most enriching and considered their encounter as the highlight of 2011 for him. 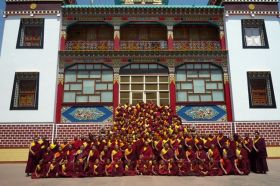 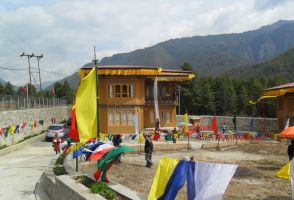 Support for other Buddhist centres and monasteries continued in 2011 through the Pathgate Partnership Programme. Kunzang Yoedseling Retreat Home in Paro, Bhutan which have received full funding for the construction and furnishing of a retreat house was formally opened in April; Palyul Choekhorling, a Nyingma monastery which lies in the Dhauladhar foothills of the Himalayas in India, received full funding for the construction of a water tank to meet the increasing demand of water usage for the growing number of monks living at the monastery was near completion by the end of 2011; contribution of funds was also made to the Palyul Mother Monastery in Tibet, the Palyul Nyingma Buddhist Association in Singapore, the Odiyana Centre in Australia, the Padma Wodling Dharma Centre in Singapore and to many other individuals from around the world who requested financial and material support for their Dharma practices. 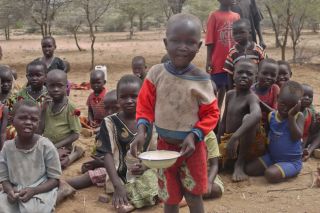 On Disaster Relief, one of the world’s worst humanitarian crises unfolded last summer in the Horn of Africa, with over 13 million people facing starvation in Somalia, Ethiopia, Kenya and Djibouti. Ven. Lama Dondrup Dorje responded to the crisis by diverting contingency funds to the amount of over 16,000 US dollars to the relief effort when the call for support was at its most pressing.

Assistance to local charity in Ven. Lama Dondrup Dorje’s home city of Newcastle upon Tyne, England continued with regular weekly delivery of fresh fruit, vegetables, meat, and confectionery to the People’s Kitchen which provides hot meals to homeless people in the city. For Christmas, Ven. Lama Dondrup Dorje sponsored a roast turkey lunch on Christmas Day for over 100 homeless people and the procurement of a large quantity of warm clothing and sleeping bags to see them through the winter. 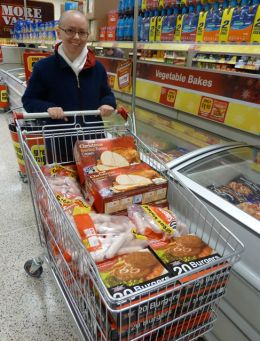 Other on-going projects of Pathgate Partnership Programme, which started in the 1990s, including sponsoring education for young people, support for the elderly and medical services for the needy, have been continuing throughout 2011 in India, Bhutan, Mongolia, Nepal, Bangladesh and Africa. These and much more are merely a brief description of some of the compassionate activities as supported by the Pathgate Partnership Programme.