Update of Pathgate Activities in Sydney 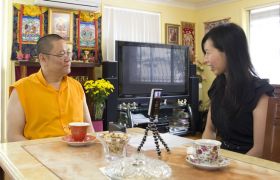 Ven. Lama Dondrup Dorje has visited Australia regularly over several years. During his recent visit to Sydney, he gave a radio interview to Sophea Jones who works for the FM 89.3 Radio Station which broadcasts to the Khmer community in the Sydney area.

Ven. Lama Dondrup Dorje also conducted in Sydney the Tse Thar Ceremony: the Practice of Ransom and Life Release. Several hundred native birds of Australian origin and large quantities of other live stocks were released back to their natural habitat at the completion of prayers and blessings. 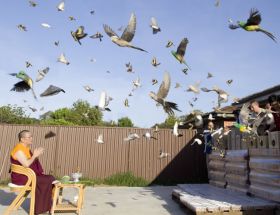 Tse Thar is highly revered as a great Act of Compassion and as an expedient means of Mind Training by all three Buddhist traditions of Hinayana, Mahayana and Vajrayana. The Great Buddhist Master Nagarjuna deemed Life Release as the supremest of all virtuous activity. Its many benefits and the store of merits it may generate are recorded in numerous sutras and tantras. When performed with the right motivation for the benefit of all sentient beings, it has the power to remove obstacles, repay karmic debts, overcome sickness, promote good health, nurture longevity, create auspicious conditions, increase prosperity, and generate merits for the deceased. The ultimate goal of Tse Thar is to enable one to attain the two-fold fulfilment of lasting benefit for oneself and others. 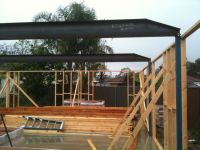 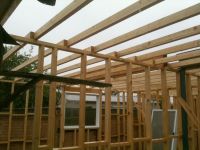 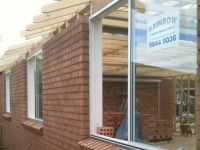 The Tse Thar ceremony which was attended by many local students and friends was conducted at the construction site of the new shrine room for the Sydney Pathgate Dharma Centre. Preparation for the building foundation commenced in October and by late November had reached an advanced stage of near completion in spite of interruption to the pace of the building work caused by a long period of rain. The new extension which is to house the new shrine room is expected to have the construction of most of the exterior structure of the building completed before the end of December. The new shrine room is earmarked to be used as the base for the future Pathgate Australia Summer School which is scheduled to commence in January 2013.