HH Karma Kuchen Rinpoche, the 12th Throne Holder of the Palyul Lineage was in Singapore in November which happened to coincide with one of Ven. Lama Dondrup Dorje's regular visits to the city state. In order for the Pathgate students to benefit from the presence of HH Karma Kuchen Rinpoche, Ven. Lama Dondrup Dorje rescheduled his teachings so that local Pathgate students and students who travelled to Singapore from Guam, India, and Thailand were able to attend the Medicine Buddha Empowerment by HH Karma Kunchen Rinpoche on the evening of Saturday the 5th, and teaching on Sunday the 6th, and Monday the 7th November. 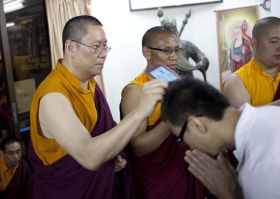 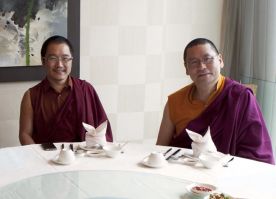