By the Blessing of the Lineage Gurus, Pathgate Partnership Programme has been able to maintain the sponsorship of a range of Dharma projects worldwide during the course of 2010. Here is a brief summary of some of the projects. 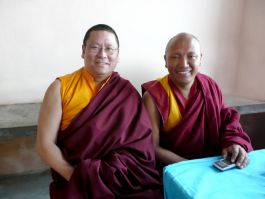 The first major event sponsored by Pathgate Institute in 2010 was the Second Ngagyur Kama Transmission which was held in Bodhgaya, India - the site at which Lord Buddha Shakyamuni attained enlightenment 2550 years ago. Organised by The Association for the Preservation of Ngagyur Kama Tradition, of which Ven. Lama Dondrup Dorje is a member of the Executive Committee, this month-long event with oral transmission of Nyingma Gyudbumby Togden Rinpoche, Kama Empowerment by Yangthang Rinpoche, and pith instruction by Khenchen Pema Sherab, attracted a record number of over 3000 Nyingma practitioners. 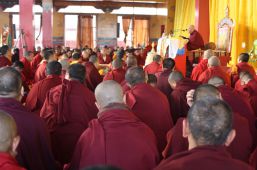 Apart from the provision and the setting up of broadcasting facilities to provide translation services of English and Chinese language to the sizable number of foreign students present, Pathgate Institute is a principle sponsor of this event which offers not merely rare teaching and empowerments which are not commonly available in the world today, but also free food and lodging to the 3000 plus participants throughout the month-long event. 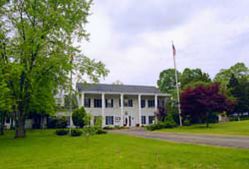 In April, Pathgate Institute was quick to act in response to a request for help when Kunzang Odsal Palyul Changchub Choling (KPC), a Vajrayana Buddhist organization of Palyul Nyingma tradition founded by Jetsuma Akhon Norbu Lhamo, at Poolesville, Maryland, USA, was in danger of losing its temple to the bank due to their falling behind in repayments to a mortgage financed by a mortgage-backed line of credit, with the temple property used as collateral. On the 24th April 2010, the credit note was called in by the bank and KPC was given just 5 days to raise the $250,000 US dollars needed to prevent its property and assets being seized by the bank.

On hearing the plight of the KPC and recognising the imminent threat that the KPC Temple, which had been blessed by numerous visits of the late Holiness Penor Rinpoche, was on the verge of being lost to the bank, Ven. Lama Dondrup Dorje immediately took steps to offer financial help to the KPC by diverting money to the KPC from the Pathgate Centre Fund, which was due to be used in paying off the mortgage for the main Pathgate Dharma Centre, in Newcastle upon Tyne, England. Wishing to encourage the many supporters of KPC around the world to play a bigger part in the fundraising effort, Ven. Lama Dondrup Dorje offered to match the amount pledged by donors during the final night of their fund-raising telethon on the 28th April. Being aware that this effort may still not have been sufficient, Ven. Lama Dondrup Dorje also offered to top up the difference in the short fall of donation that was needed to reach the total amount of $250,000 US dollars, to ensure the future of the KPC Temple was secured. As a result, the KPC temple, which Ven. Lama Dondrup Dorje regarded as the extension of his Root Guru Penor Rinpoche’s Enlightened Activities, was saved from the bank. 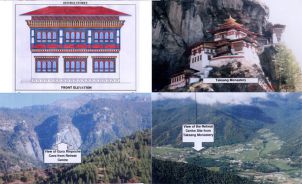 A plan to establish a Retreat Centre by Pathgate Institute in Bhutan through the joint effort of Ven. Dondrup Dorje and his Dharma friends from Namdroling Monastery has been quietly proceeding for several years. Once fully completed, the Samantabhadra Retreat Centre in Paro, Bhutan, will have five separate retreat houses sited around a prayer hall in the middle within a wall-enclosure. In November 2009, the first phase of construction was commenced at a site beneath Taktdang Palphug Monastery, a prominent sacred site built on the cliff-side of the upper Paro Valley close to the Taktsang Senge Samdup Cave where Guru Rinpoche is known to have meditated for three months in the 8th century. 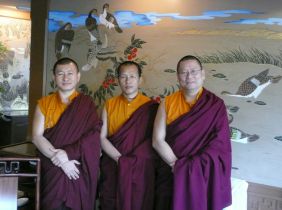 This project to construct a retreat centre in Bhutan was brought to the attention of Ven. Lama Dondrup Dorje by Khenpo Sangay Wangdi (former Principal of Ngagyur Nyingma University at the Namdroling Monastery) and Khenpo Jurme Kunzang (former Abbot of the Singapore Palyul Centre). In response to their appeal, Ven. Lama Dondrup Dorje agreed to sponsor the initial construction of one two-storey retreat house and has since made good his words by providing full funding for its completion during the course of 2010. Formal opening of the retreat centre is scheduled to take place on the 10th April 2011.

On a separate sponsorship, Pathgate Partnership Programme has also provided full funding for the procurement of winter clothing for over one hundred monks and lamas of the Mahayana Nyingma Institute in Buli, Zhemgang, Bhutan.

Other on-going projects of Pathgate Partnership Programme, which started in the 1990s, including sponsoring education for young people, support for the elderly and medical services for the needy, have been continuing throughout 2010 in India, Bhutan, Mongolia, Nepal, Bangladesh and Africa. In addition, sponsorship and specific support for a whole range of projects have also been extended to a great number of individuals from around the world. These and much more are merely a brief description of some of the compassionate activities as supported by the Pathgate Partnership Programme.