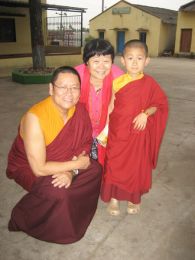 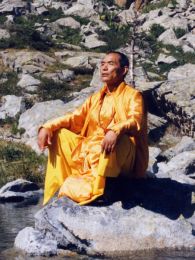 Nyoshul Khen Rinpoche Yangsi who is now six years old was formally recognised and enthroned in Bodhgaya during the Nyingma Monlam Chenmo in 2008 in the presence of the late Holiness Pema Norbu Rinpoche.