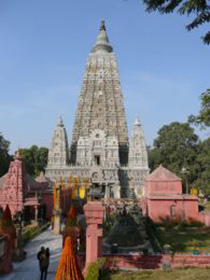 This new film, which followed the journey of a pilgrimage by a group of Buddhists, from Taiwan, was recently released by PBC. It covers the proceedings of the 17th Nyingmapa Monlam Chenmo in Bodhgaya, the holiest of all sacred places, where Buddha Shakyamuni attained enlightenment. The film also includes an audience given by His Holiness Penor Rinpocheto the pilgrims at which heart advice was given. 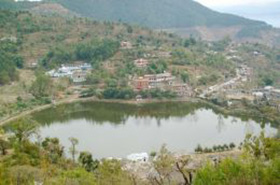 The second part of the film features Tso Pema (The Lake of Lotus). This place is where Guru Rinpoche subjugated the king of Zahor. The princess of Zahor is the emanation of a Dakini (female Wisdom Deity). She refused her father’s demand to get married and hid in a cave so that she could receive Dharma teaching from Guru Rinpoche. The king was so infuriated that he ordered his guards to put Guru Rinpoche nd the princess to death by burning them alive. The smoke from the burning piles last seven days and seven nights. When the smoke had cleared, the ground where the burning pile was, had transformed into a lake. Within a blossoming lotus in the centre of lake seated Guru Rinpoche and the princess who remained completely unharmed. The king felt great remorse for what he did and offered his crown and gown to Guru Rinpoche. The entire kingdom of Zahor followed suit and turned their mind to Dharma. This lake has been known as Tso Pema ever since. To see a trailer of this film, please the Pathgate Theatre by clicking the following link Bodhigaya and Tso Pema.