New Bond Of Friendship In Australia 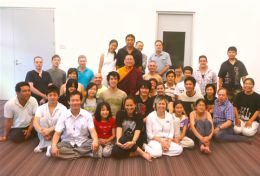 During the month of December, Lama Dondrup Dorje spent two weeks teaching in Australia. This was his fourth visit to the land of the Aussie in 2007. Sydney, at which Lama Dondrup Dorje has strong support from the students of the Asian community was the first stop, followed by Melbourne, Philip Island, Upwey and finally Adelaide. New bonds of friendship were formed with teachers and students at all these places. 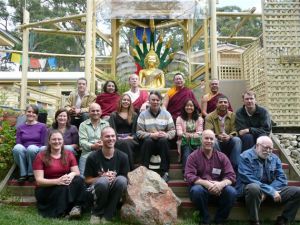 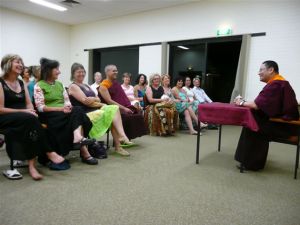 Philip Island, renowned throughout Australia for its Penguin colony, extended an enthusiastic reception to the first visit of Lama Dondrup Dorje to their town. Even the hotel at which he stayed insisted on offering the room for his use free of charge. At the next stop in Upwey, Lama Dondrup Dorje gave two teachings to the teachers and students of the Chan Academy, which is the Regional Centre of The World Fellowship of Buddhism and an Associated Institution of the World Buddhist University.

Apart from giving two Dharma teachings as requested, Lama Dondrup Dorje also gave an interview to the World Buddhist Radio, which broadcasts Buddhist news and Dharma teaching every Sunday across the State of Victoria in Australia. 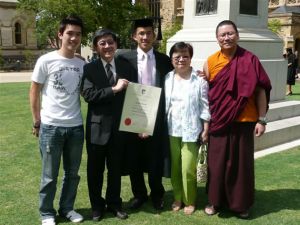 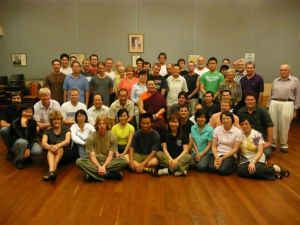 In Adelaide, Lama Dondrup Dorje arrived just in time to attend his nephew’s graduation as a Bachelor of Medicine and Surgery from the University of Adelaide. During the course of the next two days, he gave teachings on Meditation and Qigong at the local town hall. His approach on teaching was well received by the local students. A Pathgate Study Group is due to be established in Adelaide in early 2008.