The 2012 Pathgate Institute Summer Retreat attracted students from as far afield as North and South America, Australia, Europe and the Far East. Comprising of eight separate retreats, it was conducted over eight weeks during the months of July and August, at the Pathgate Dharma Centre in Newcastle upon Tyne, England. 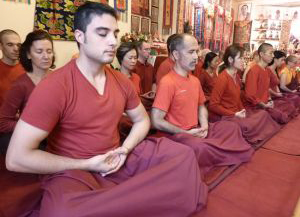 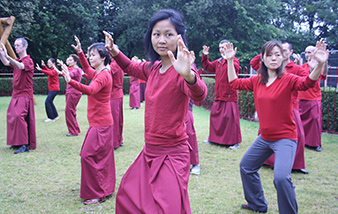 Students had the opportunity to attend retreats in accordance to their level of experience. Retreats ranged from two levels of Classical Chan Ding Taijiquan Retreats to six levels of Dharma Foundation Study Retreats, which offered students a step by step introduction to the Hinayana, Mahayana and Vajrayana traditions of Buddhist practice. Over the period of two months, Ven. Lama Dondrup Dorje offered guidance on how to bring the Teachings into our daily lives, how to work on bringing peace to the mind through discipline and the understanding of what to adopt and what to reject. He also gave extensive instruction to the students on how to transform afflictive emotions in accordance to their level of experience.

For the more experienced students, they also received lessons in the studying of Tibetan language by native Tibetan members of Ven. Lama Dondrup Dorje’s local Sangha. 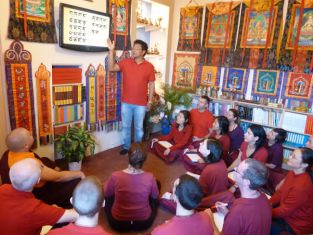 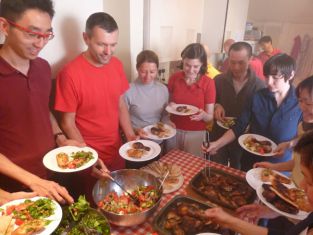 During the Summer Retreat many local students worked in the Pathgate Kitchen, supporting the Retreats with preparation of lunches, evening meals and wholesome snacks. On the days off between Retreats students were treated to barbeques, traditional Tibetan and Japanese cuisine, as well as being given guided tours around the city and some of the local attractions by Ven. Lama Dondrup Dorje. The next Pathgate Institute Summer Retreat in the UK will be held next summer in 2013.