Review of Pathgate Activities in 2012

2012 has been an eventful year for Pathgate Institute. Ven. Lama Dondrup Dorje continues to propagate Buddha Dharma and support Dharma activities around the world to continue the enlightened activity of his Root Guru, His Holiness Pema Norbu Rinpoche.

Over the summer, Ven. Lama Dondrup Dorje remained in the UK for the duration of the Pathgate Summer Retreat, which lasted for eight weeks and attracted students from many overseas countries. 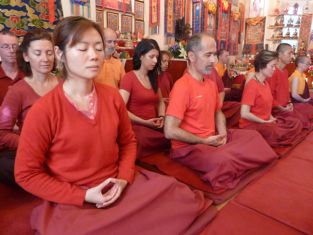 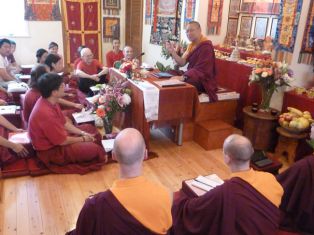 In Australia, construction of the new Shrine Hall at the Pathgate Dharma Centre in Sydney was completed and was open for use in September. 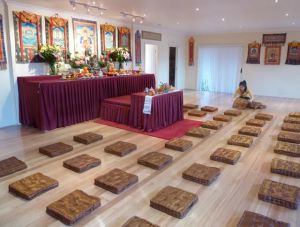 Support for other Buddhist centres and monasteries continued in 2012 through the Pathgate Partnership Programme. In February, full funding was made available to pay off the remaining balance of a loan taken out by Khenpo Jurme Kunzang, the former Abbot of the Palyul Nyingma Buddhist Association in Singapore to purchase the land on which Kunzang Yoedseling Retreat Home in Paro, Bhutan was built. In August, newly constructed water storage facilities funded by the Pathgate Partnership Programme, which have the capacity to provide water for over two hundred monks, was officially put into use at Palyul Choekhorling, a Nyinmgma monastery which lies in the Dhauladhar foothills of the Himalayas in India. Funds were also provided for the completion of a retreat centre near the Palyul Mother Monastery in Tibet. As for the Namdroling Monastery in India, $238,000.00 US dollars was offered by Pathgate Institute to the Tsepal Topkyed Hospital so that its medical facilities can be equipped to a standard that will satisfy the demand of the Indian Government.

Other on-going projects of Pathgate Partnership Programme, including sponsoring education for young people, support for the elderly, medical services for the needy and food for the homeless have been continuing throughout 2012 in different part of the world. This is merely a brief description of some of the compassionate activities as supported by the Pathgate Partnership Programme.

None of these could have been possible without the generous support from the students and friends of Pathgate Institute. If you wish to support the Pathgate Partnership Programme and become a Friend of Pathgate International, you may do so by clicking Make a Donation.