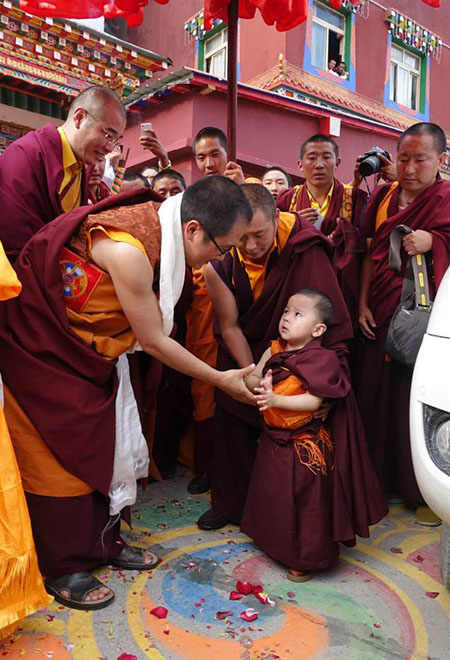 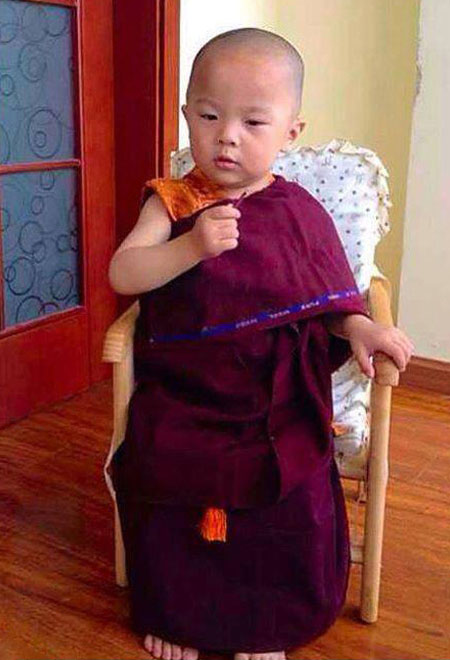 On the auspicious day of Chökhor Düchen, the Buddha Festival which marks the first turning of the Wheel of Dharma by Lord Shakyamuni Buddha, Pema Norbu Yangsi Rinpoche - the reincarnation of His Holiness the Third Drubwang Pema Norbu Rinpoche - was enthroned at the Palyul Mother Monastery, high in the mountains of Baiyü County, Tibet. 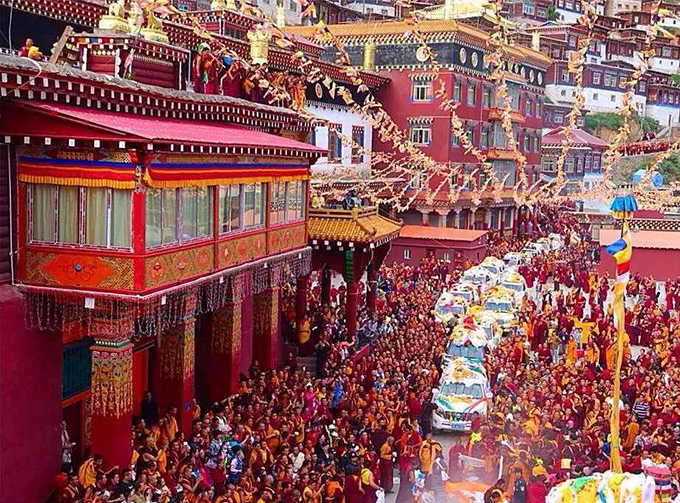 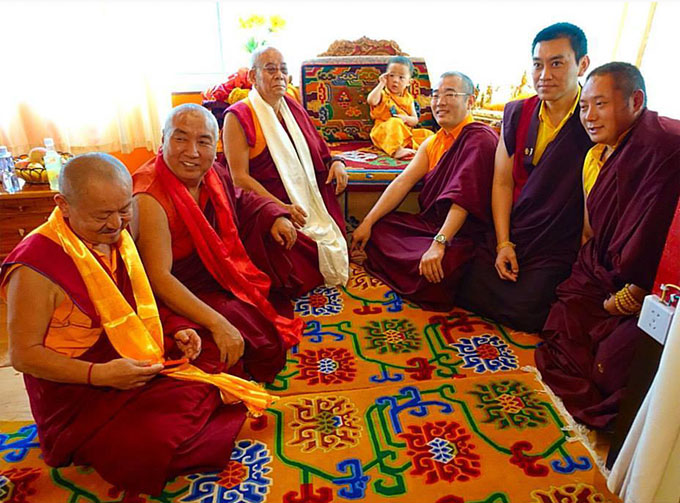 Yangsi Rinpoche arrived at the Palyul Monastery on 28th July 2014, with devotees and well-wishers lining the streets and filling every available vantage point to catch a glimpse of the young Rinpoche. A Long Life Buddha Puja took place on the 29th July, followed by Dharma Discourse and debate on the 30th July. The main Enthronement Ceremony of Yangsi Rinpoche took place on 31st July 2014, the day of Chökhor Düchen, and was marked with pujas and celebrations at Namdroling Monastery in India and at Palyul Centres around the world. 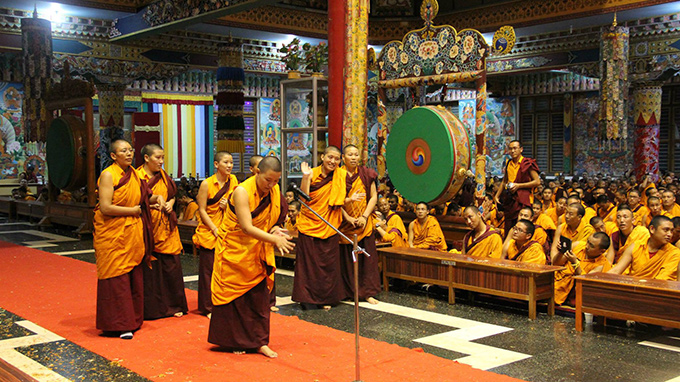 The Ceremony continued on the 1st August and was followed by days of celebration to mark the occasion of the enthronement of His Holiness the Fourth Drubwang Pema Norbu Rinpoche. During the ceremony, members of the ordained community from Namdroling Monastery offered the Grand Tenshug (Long Life Offering) from the combined contributions of devotees and students from around the world; including offerings sent from Ven. Lama Dondrup Dorje and the students and friends of Pathgate Institute.