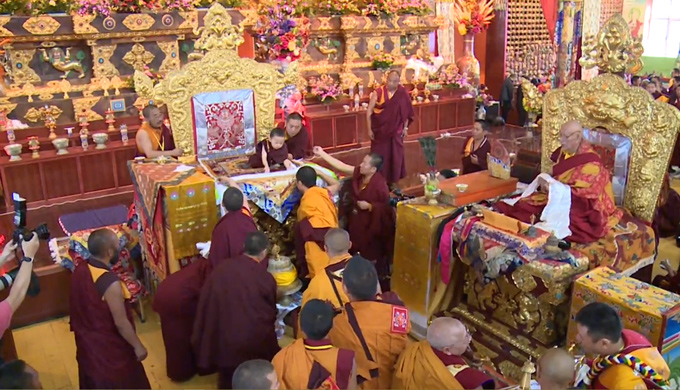 Following the announcement in 2013 that the reincarnation of His Holiness Penor Rinpoche had been recognised in Tibet, 2014 saw the enthronement of His Holiness the Fourth Penor Rinpoche Drubwang Migyur Dechen Garwang Zilnon Dorje on the auspicious day of Chokhor Duchen, which fell on 31st July 2014. The enthronement ceremony was held at the Palyul mother Monastery in Tibet.

His Holiness the Fourth Penor Rinpoche Drubwang Migyur Dechen Garwang Zilnon Dorje was born on the sixth day of the eleventh lunar month, 2011, at Dunglung Thramo Drak, Tibet; a holy place where Kunkhyen Jigme Lingpa revealed the cycle of the Longchen Nyingthig practice. He was born to father Norbu Tsering and mother Phurbu Dolma. According to the prophecy letter by His Holiness Jadral Rinpoche, Rinpoche was recognized as the flawless incarnation of the Third Drubwang Pema Norbu Rinpoche.

With immense joy and happiness, the enthronement was conducted by His Eminence Tulku Thubzang Rinpoche and His Holiness Karma Kuchen Rinpoche at the Palyul Monastery in Tibet on 31st July.

The annual Pathgate Summer Retreat in the UK lasted nine weeks during the month of July and August. It was well attended by students from Australia, Japan, Hong Kong, Singapore, Italy, Greece, Poland, France, Portugal, UK and other European countries.

At Namdroling Monastery in South India, concerns for the health of the ordained community led to a request for Ven. Lama Dondrup Dorje to raise the funds needed to sponsor a Hepatitis B Screening and Vaccination Programme for 3500 monks and nuns at the monastery. Thanks to the support of friends and students of Pathgate Institute, US$46,000 were raised by the middle of the year and the much needed vaccination programme was swiftly implemented.  Three doses of the Hepatitis B vaccine were given on 23rd August, 29th September and 31st October 2014.  As a result, many lives will be saved. 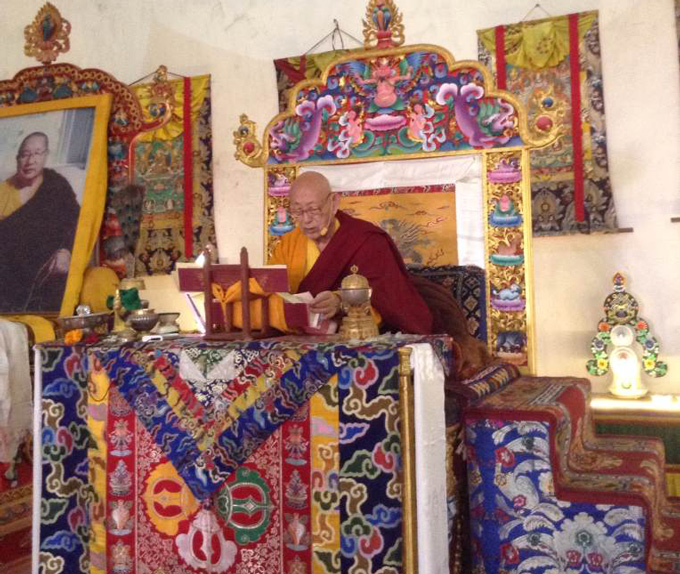 Another request for help came in November from the Ngagyur Kama Tradition Preservation Association (NKTPA), which Ven. Lama Dondrup Dorje has supported since its inception in 2007. NKTPA organised an event in November 2014 at Dzongnang Monastery in Nepal, where Kyabje Tulku Thubten Palzang Rinpoche gave the empowerments from the Ratna Lingpa's Treasure Teaching over the space of 13 days, and Lama Sonam Gyamtso Rinpoche gave reading transmission of Ratna Lingpa’s entire treasure teachings. The event attracted over 5,000 devotees, including 180 Khenpos and Tulkus, 260 Lamas and Lopons, 850 monks and 240 nuns, 221 ngakpas, 312 foreign students and 3213 lay devotees. The long life empowerment by Kyabje Tulku Thubten Palzang Rinpoche on the last day attracted over 20,000 people. Each day the committee offered lunch to those attending the event, and dinner to guests, but due to the large number of people attending they quickly ran out of resources. Needing additional funds urgently, they requested help from Ven. Lama Dondrup Dorje, who immediately sent them the US$35,000 requested, so the teaching could continue uninterrupted. 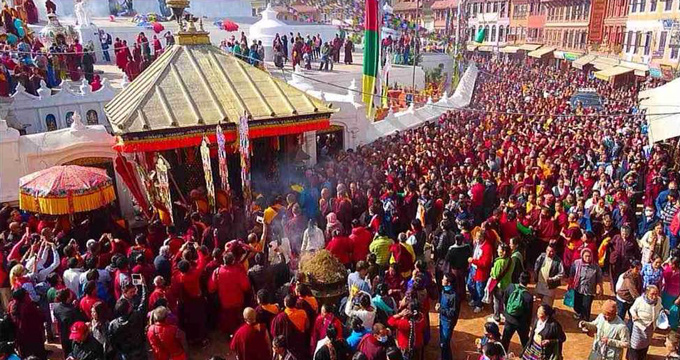 In addition to such urgent requests, the Pathgate Partnership Programme continues to support many projects around the world and has ongoing commitments to Namdroling Monastery and Tsepal Tobkyed Hospital in South India; to the support for the homeless and elderly, and for the education of children in India, Mongolia, Nepal, and Bangladesh.