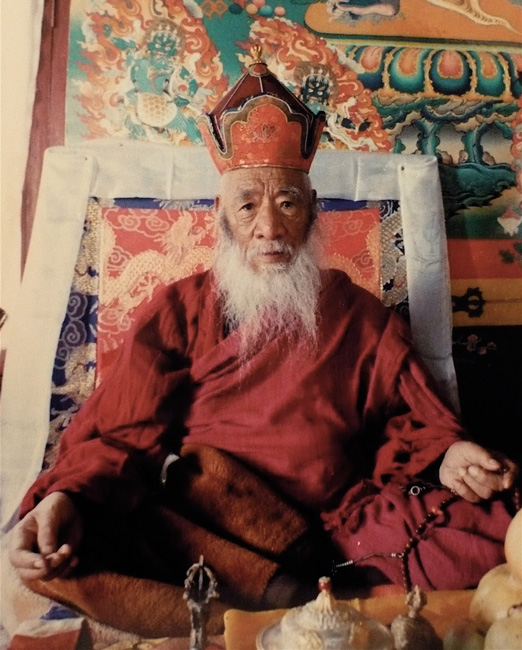 His Holiness Kyabje Chadral Sangye Dorje Rinpoche entered Mahaparinirvana in Yanglesho in Nepal on 31st December 2015 and remained in Thukdam (deep meditation) until 5th January 2016. HH Chatral Rinpoche is renowned as a realised Dzogchen Master who chose to live the life of a wandering yogi, and is the lineage holder of the Longchen Nyingthig tradition and the Dudjom Tersar tradition. HH Chatral Rinpoche had established numerous retreat centres in the Himalayas region, such as Pharping, Yolmo in Nepal and Darjeeling in India.

A lay practitioner, HH Chatral Rinpoche is survived by his wife Sangyum Kamala, and his two daughters Tara Devi and Saraswati. He was a good friend of the Third Pema Norbu Rinpoche and was responsible for offering the prophecy in the successful search of the Yangtrul Drubwang Mingyur Dechen Garwang Zilnon Dorje Rinpoche who is celebrating his fourth birthday this year. May he swiftly return to the world for the benefit of all sentient beings.