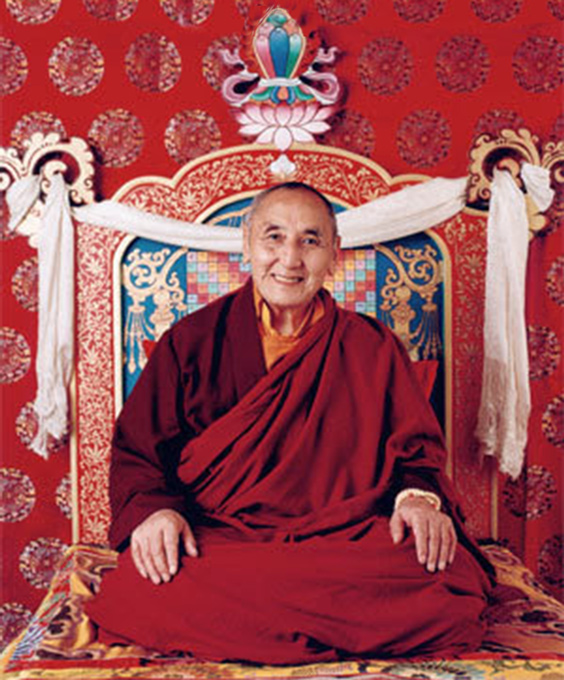 His Holiness Yangthang Rinpoche, the renowned Dzogchen Master of the Nyingmapa tradition, passed into Parinirvana in Hyderabad, India, on October 15, 2016 (the 14th day of the 8th month of Fire Monkey Year in the year 2143 of the Tibetan lunar calendar).

Born on the tenth day of the eleventh month of the earth-snake year (1929) in West Sikkim, near Pemayangtse Monastery, HH Yangthang Rinpoche's father Pema Drodul, was from Dzogchen in East Tibet and his mother was Tenzin Chodron the daughter of Yangthang Athing from the family of Oyuk Dragkar.

Known also as Kunsang Jigmed Dechen Odsal Dorjee Rinpoche, HH Yangthang Rinpoche, was recognised at an early age, as the incarnation of Terton Dorje Dechen Lingpa of Domang Monastery in East Tibet, and as an incarnation of Lhatsun Namkha Jigmed.

After remaining in retreat for more than 20 years, H.H. Yangthang Rinpoche moved to Pelling, West Sikkim. In 1959 HH Yangthang Rinpoche was forced to flee Dhomang due to changing political condition in Tibet and was subsequently put in prison where he remained for 22 years.

After his release in 1981, he returned to Domang to find his monastery completely destroyed. He then returned to his birth place Sikkim, where he eventually made his home. Widely recognised for his realisation and attainment, HH Pema Norbu Rinpoche, the 11th throne holder of Palyul Lineage, has once said that “There is no difference between myself and Yangthang Rinpoche.” - both having been recognised as the emanation of Vimalamitra whose wisdom is inseparable from that of Guru Rinpoche.

HH Yangthang Rinpoche spent his final years giving teachings of Kama, Terma and other precious transmission to his devotees in the United States, Europe and Asia. The impact of his compassionate activities for the benefit of all sentient beings will continue to reverberate in the world long after his passing.