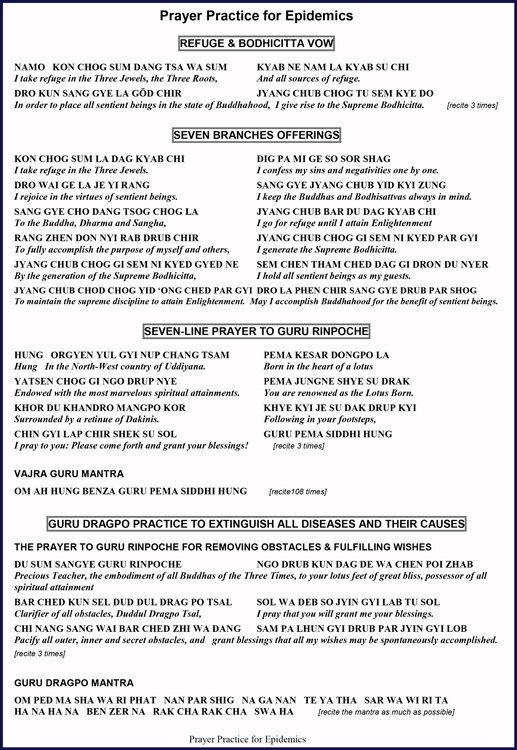 A big thank you to all our students who participated in the Tonglen practice during the Pathgate Winter Retreat in response to the Australia bushfire crisis. Within hours of Lama Dondrup Dorje Rinpoche announcing that he had been dedicating his practice to offer relief to the bushfire crisis in Australia and encouraging students to engage in the Tonglen practice of exchanging one’s merits for the suffering of others, numerous reports that rain had started to fall all across Australia appeared on the news. According to the Bureau of Meteorology of Australia, rain was not expected until sometime in February; so this timely rainfall was not a coincidence. The rain could be described as gentle & the air as cool and full of moisture, and there was a sense of calmness about it. It felt like a shower of blessing. More rain continued to fall during the month of January. As of 10th February, Australia had announced that the bushfire was officially extinguished and affected areas returned to a state of evergreen habitat with the Warragamba Dam in New South Wales rising from a low level of 41% of water storage to 61%, due to the past week of rain.

For many long-time students who have for thirty years followed the teaching of Lama Dondrup Dorje Rinpoche, this turn of events in Australia comes as no surprise to them since they have repeatedly witnessed many similar phenomena with regard to sudden weather changes all over the world whenever Lama Dondrup Dorje Rinpoche was present, such as the unexpected and lengthy rain fall that put out the country-wide bushfire of Greece in the summer of 2009.

At the start of the recent Pathgate Winter Retreat in December 2019, Lama Dondrup Dorje Rinpoche introduced a new practice to the students specifically for the subjugation of epidemics, two weeks before the outbreak of the Coronavirus in China.

In response to requests about what practice to follow during the current Coronvirus crisis, Lama Dondrup Dorje Rinpoche has devised a short practice that proved to be effective during the SARS crisis in 2003.

This practice incorporates prayers and mantras of Guru Rinpoche, Guru Dragpo, Lhamo Lomagyonma, Medicine Buddha and Avalokiteshvara. The practice should be performed daily for those who wish to follow.  View the prayer practice by clicking below, and right-click the pdf to download.