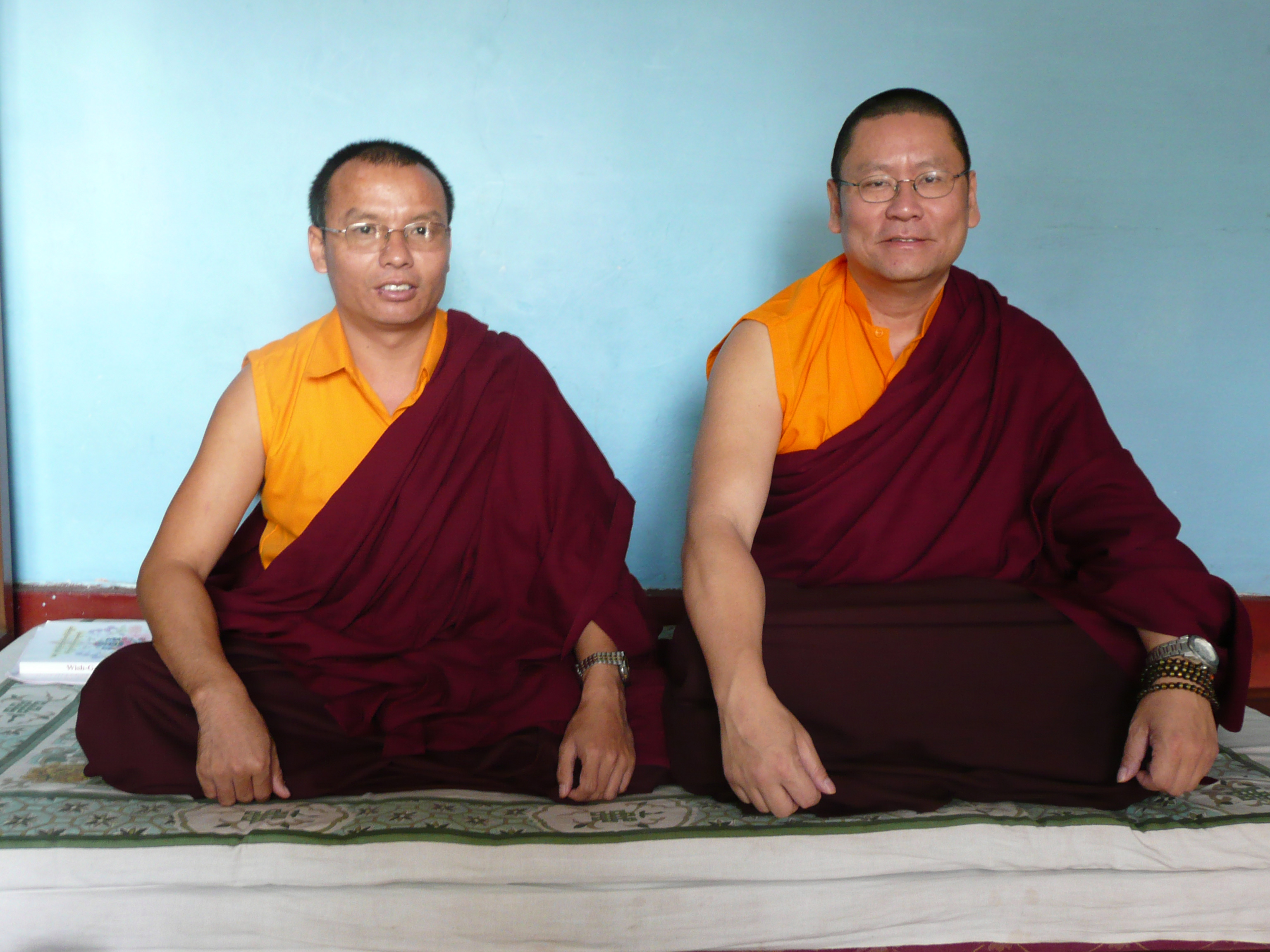 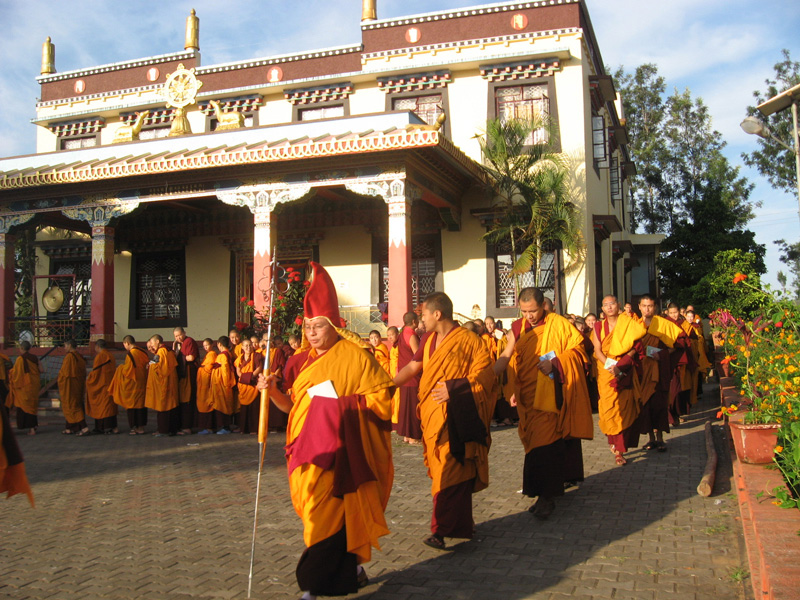 Pathgate Institute was founded by Lama Dondrup Dorje Rinpoche 26 years ago to promote the propagation of Buddha Dharma in accordance to the lineage passed down from the Buddhas. The activities of Pathgate also extend to the support of other Buddhist Institutions, schools, children homes, hospitals, homeless centres, disaster relief, charity organisations and community welfare in many parts of the world through the Pathgate Partnership Programme. One of our working partners in supporting the Pathgate Programme for Third World is Khenpo Tsultrim Tentar. 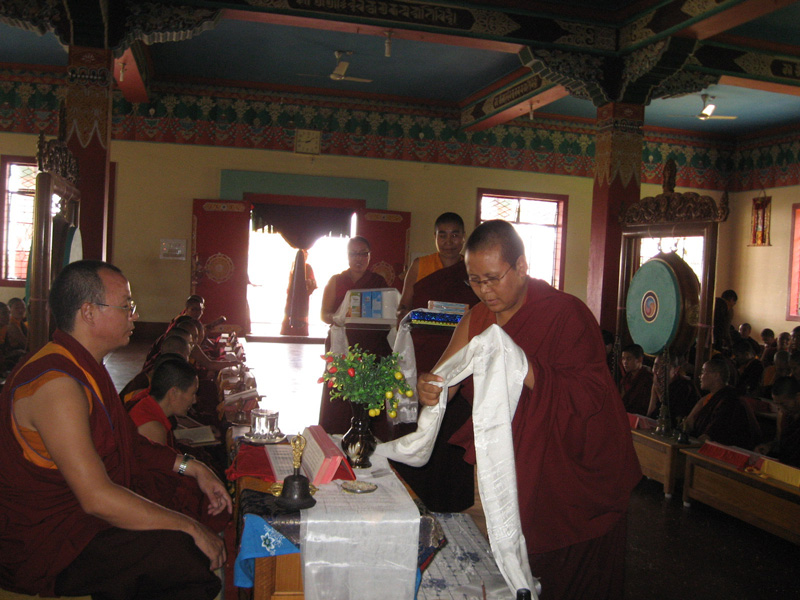 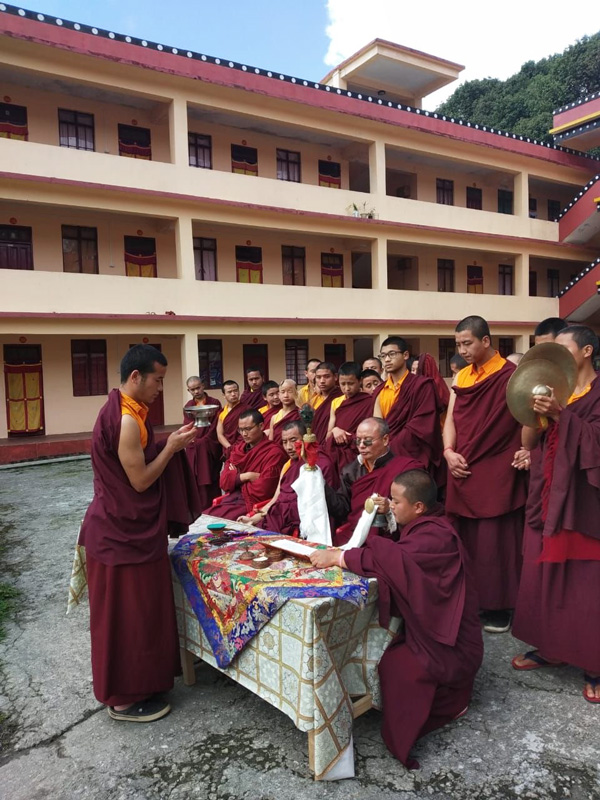 Khenpo Tsultrim Tentar completed his nine years study at the Namdroling Monastery’s Ngagyur Nyingma Institute of Higher Buddhist Studies. Upon graduation, he was sent to teach in another monastery before returning to Namdroling Monastery to take on the official position as the Secretary of the Penor Rinpoche Charity Foundation. It was at his request to Lama Dondrup Dorje Rinpoche to produce a film on His Holiness Penor Rinpoche that the film ‘The Compassionate World Of H.H. Penor Rinpoche’ was made. 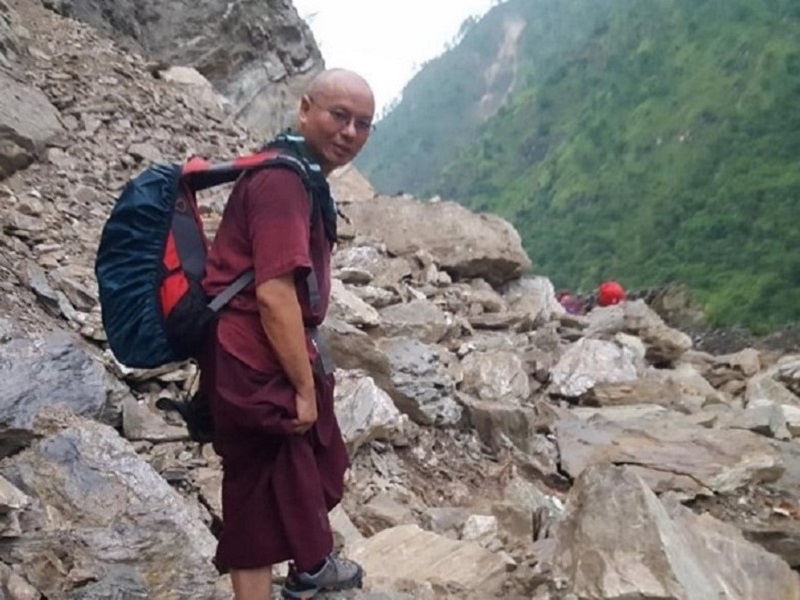 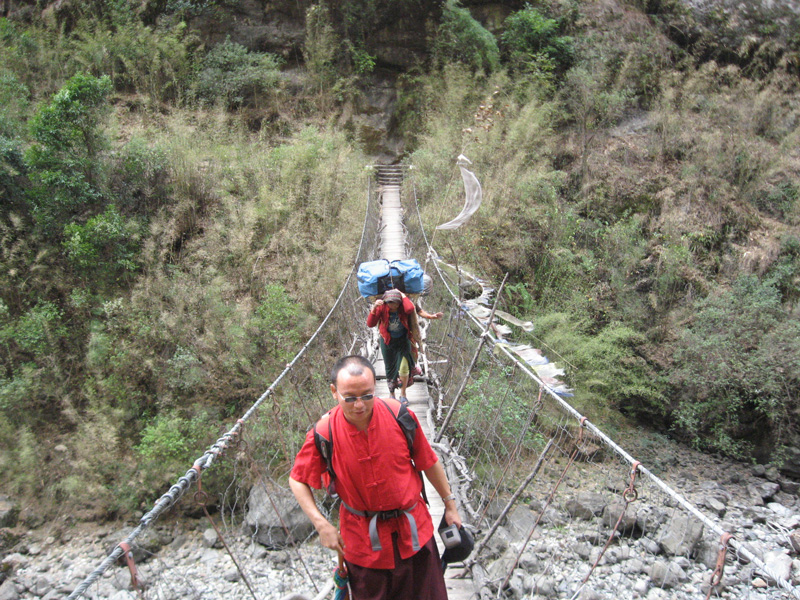 His official duty aside, he used to give Tibetan lessons to the Mongolian monks and nuns who came to Namdroling Monastery with no knowledge of any languages other than their native Mongolian. He later taught the nine-year students at the Ngagyur Tsogyal Sherupling Nunnery before he took on the appointment as the Principle of Taktse Shedra (Taktse Nyingma Institute) in Sikkim. 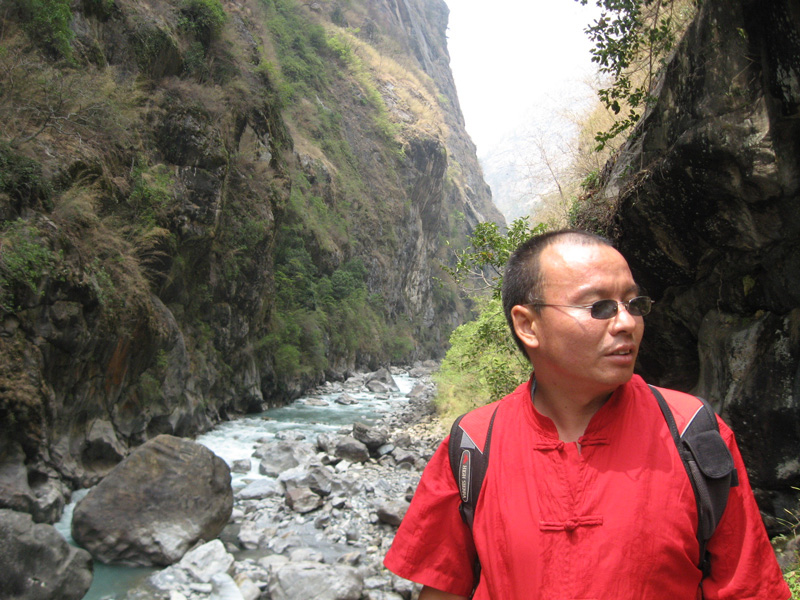 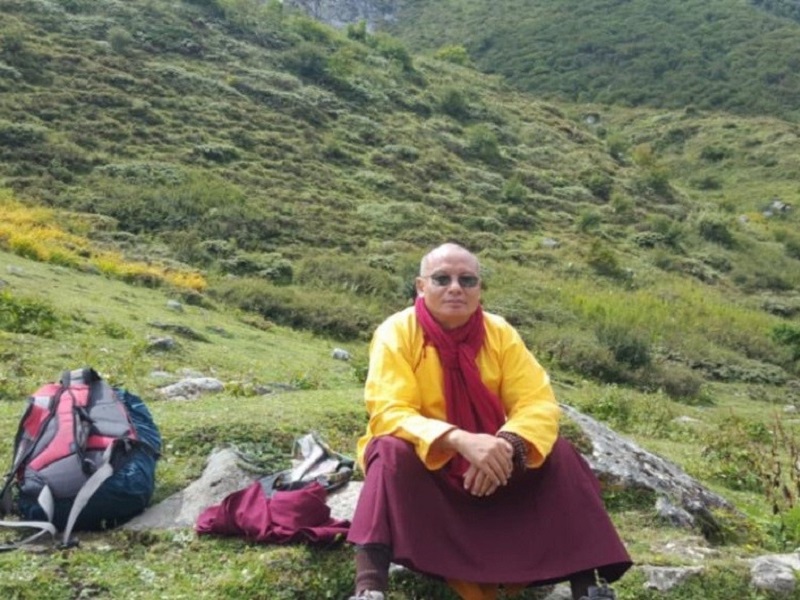 For the past five years, in spite of his responsibility to take care of the education of monks at the Taktse Shedra, he would travel to his own village in Nepal every year to give teaching to the locals of 13 villages, as well as to the children of local schools and the ordained at monasteries. 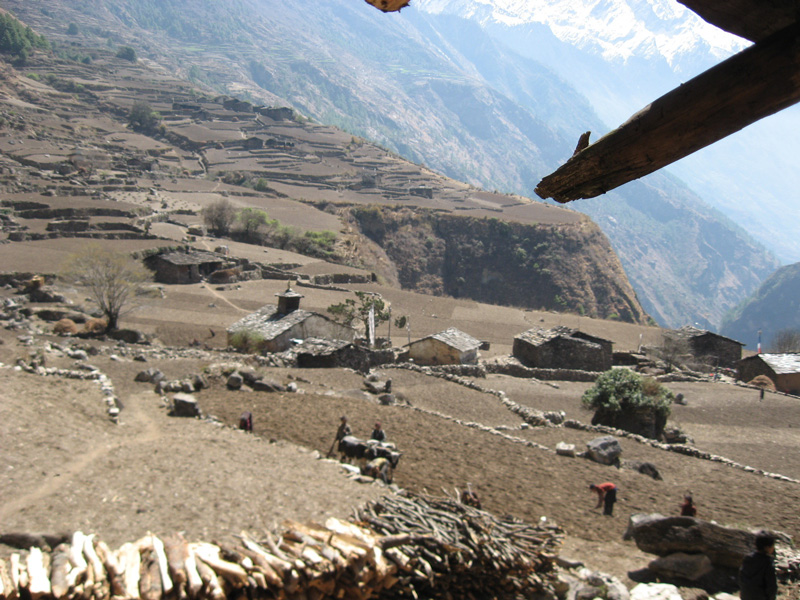 From Kathmandu to his home village, it would take one day by bus and four days by trekking through mountains and ravine which is not an easy journey by itself, but he would also bring with him much-needed supply to the villages, such as on his last visit, 100 pieces of blankets for the school children there. 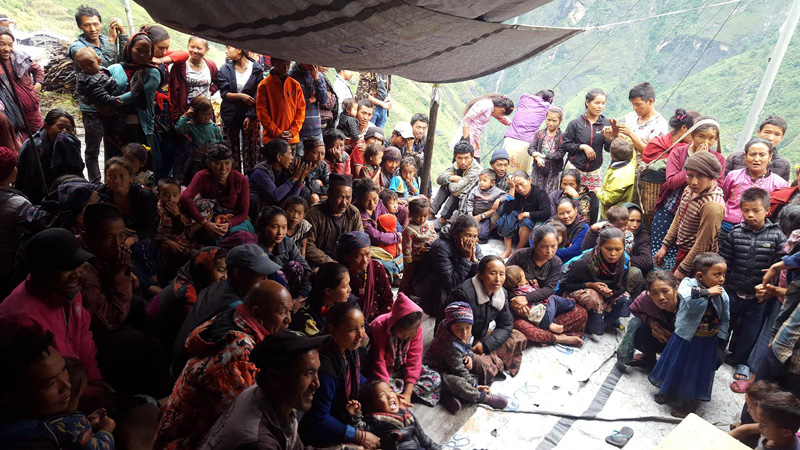 Khenpo Tsultrim Tentar is very family-orientated and takes his responsibility seriously in caring for his many nieces and nephews of whom some are recipients of Pathgate sponsorship, studying at school in Kathmandu. 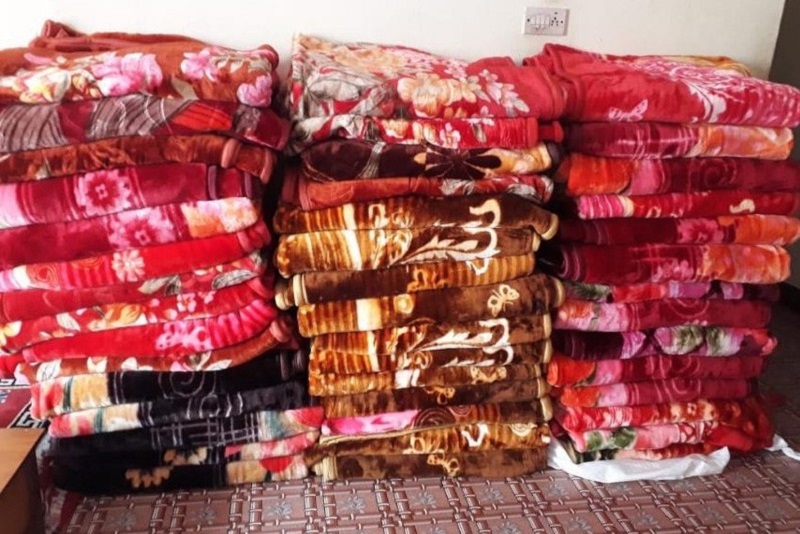 Khenpo Tsultrim Tentar’s latest project is the renovation of the temple at his village with plan to install three brand new statues - that of Guru Rinpoche, Avalokitesvara and Tsepakme. The statues are being custom-built in Kathmandu and are currently in the prototype construction stage. Pathgate is honoured to have the opportunity to sponsor the Avalokitesvara statue which when completed will be five and half feet in height and will truly be a magnificent sight to behold. 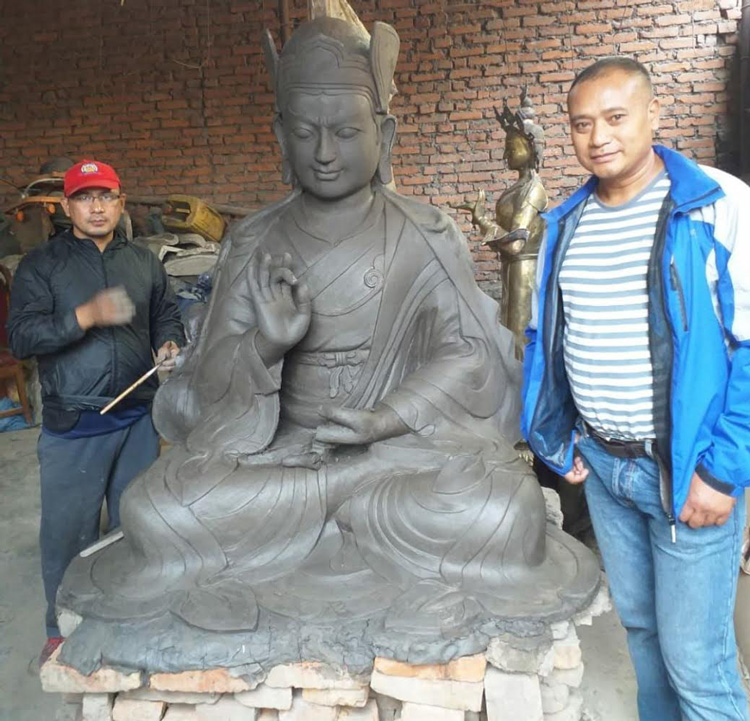 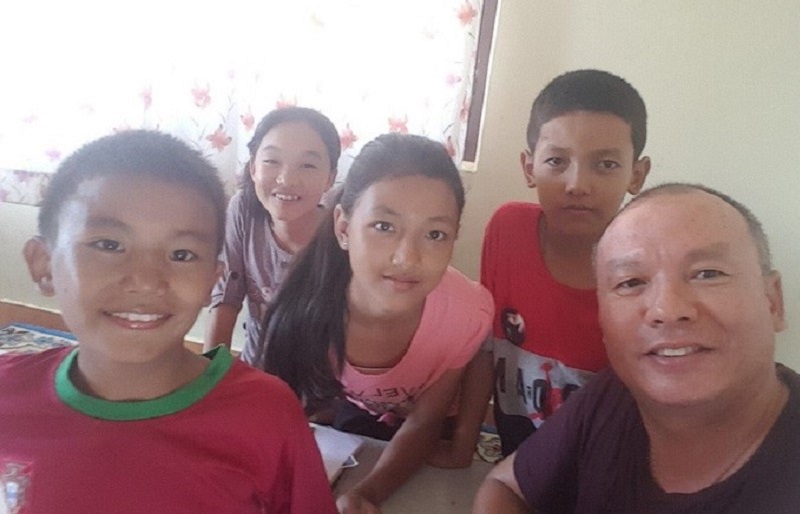