The Vesak Month of Saga Dawa 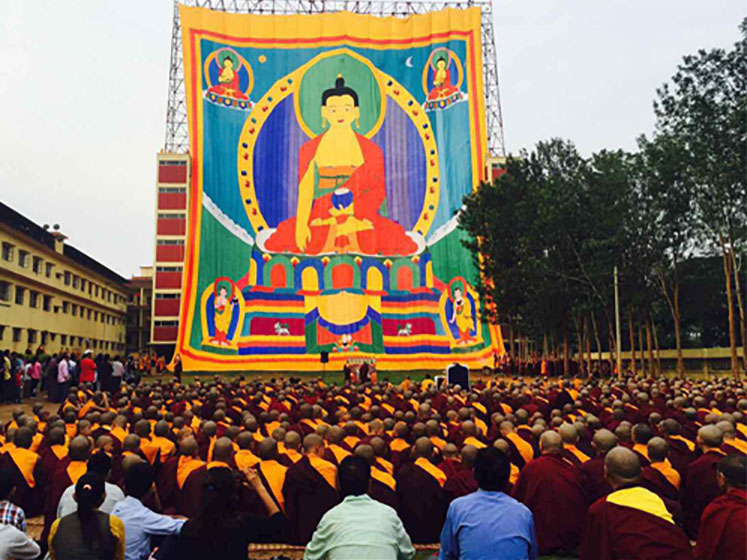 Saga Dawa is the fourth month of the Tibetan lunar calendar. It is regarded as the most auspicious month of the year for dharma practice since Buddha Shakyamuni’s birth, enlightenment, and parinirvana all took place within this period. The first fifteen days of the month are considered especially important with the 7th day commemorates the birth of Buddha, and the 15th day commemorates the Buddha’s enlightenment at Bodhgaya, and the Buddha’s parinirvana at Kusinagara, culminating in the celebration on the full moon day Saga Dawa Düchen (Festival of Vesak).

During the period of these four festivals, the effects of positive and negative actions are multiplied by 10 million times. Dharma devotees become extra diligent in the practice of giving (dana), of right morality (sila), and of right focus in contemplation (bhavana), so as to accumulate a great store of merits and virtues to purify the negative karmas that have been gathering since time without beginning. The most important of all these practices is to commemorate the compassionate activities of the Buddha and to perform acts of respect in honouring the lineage gurus without whom we would not have come into contact with the blessings and the wisdom of the Buddha.