Living In Retreat At The Paro Valley of Bhutan 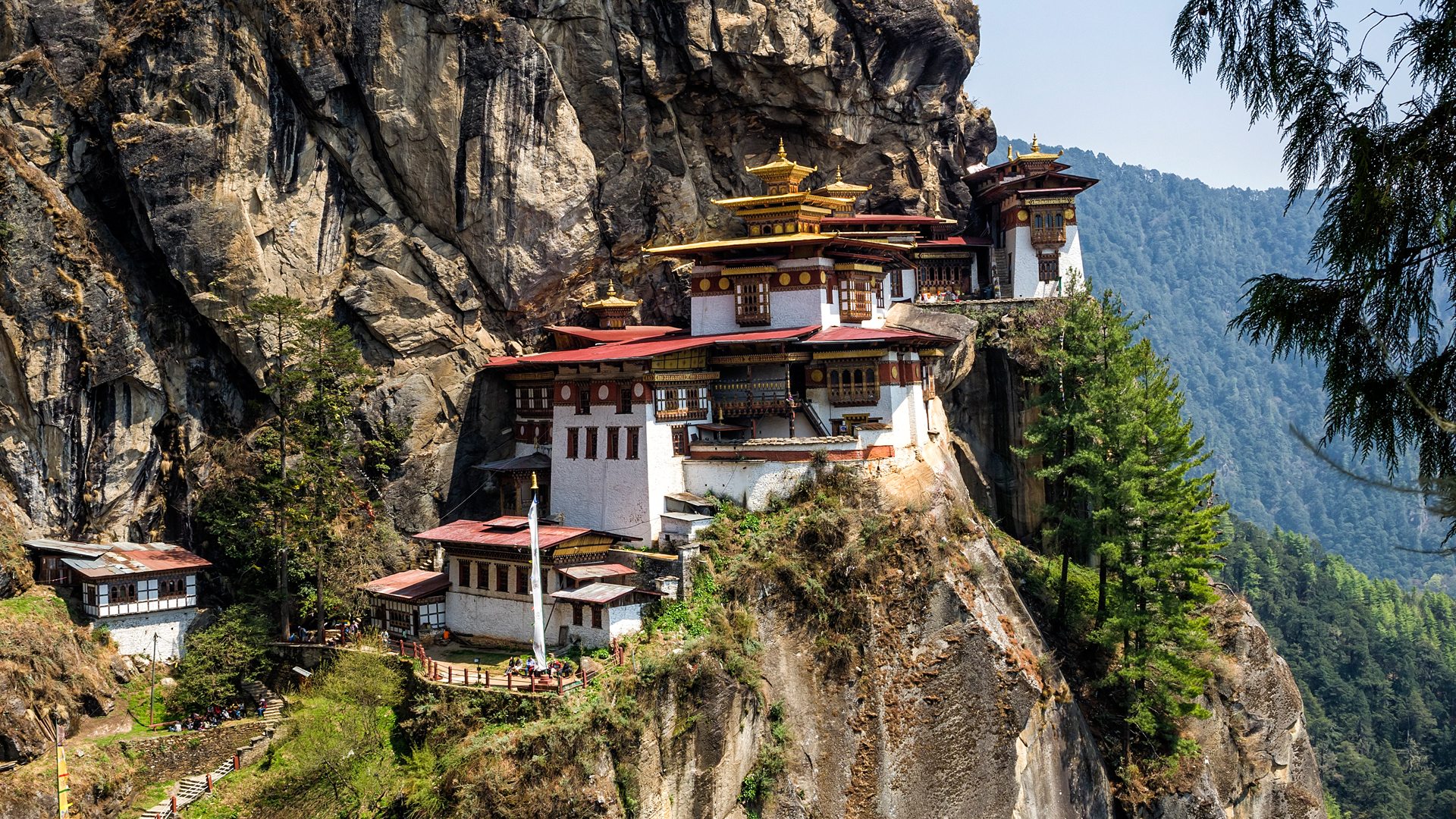 Paro Taktsang (Tigress Lair) is a sacred place situated on the side of a mountain cliff north of Paro in Bhutan. There, Guru Pamasambhava meditated on the Kagye cycle of eight sets of Mahayoga transmission entrusted to him and to the eight vidyadharas of India. This is the place where Guru Pamasambhava manifested as Dorje Drolo riding upon a pregnant tigress in the wrathful form of crazy wisdom binding worldly spirit under oath to protect the terma treasure and serve the propagation of Buddhadharma. Following in his footsteps, many great masters such as Milarepa, Padampa Sangye, Machik Lapdron and Thangtong Gyalpo also went into retreat there. A monastery was later built in 1692 adjacent to the Taktsang Senge Samdup cave, where Guru Pamasambhava meditated and practiced with students including Yeshe Tsogyal before departing Tibet in the early 9th century. 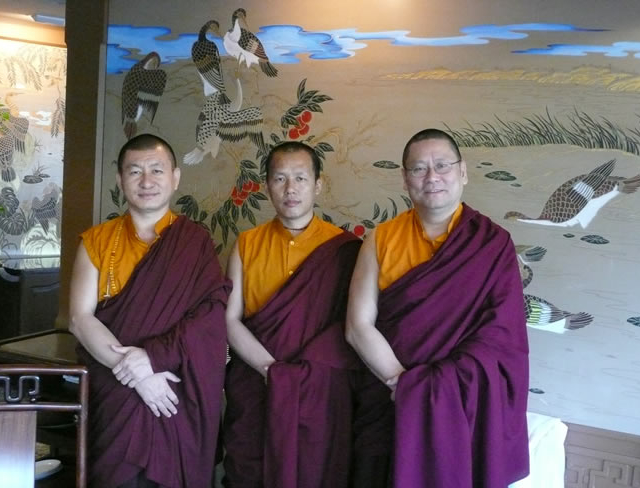 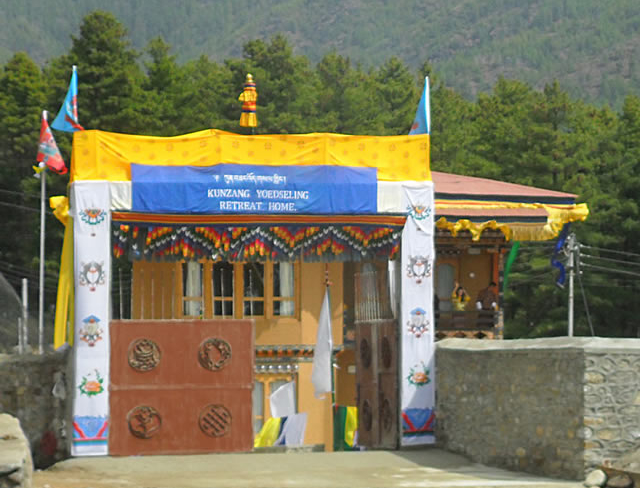 Today, at the Paro valley beneath are many retreat houses. Two of which were established through sponsorship provided by Pathgate Institute. The first one is Kunzang Yoedseling Retreat Home which had its first phase formally opened on the 10th April 2011. Once fully completed, it will have five separate retreat houses sited around a prayer hall in the middle within a walled enclosure. This place is headed by Lama Dondrup Dorje Rinpoche’s Dharma friend Khenpo Jurme Kunzang Rinpoche (former Abbot of the Singapore Palyul Centre). 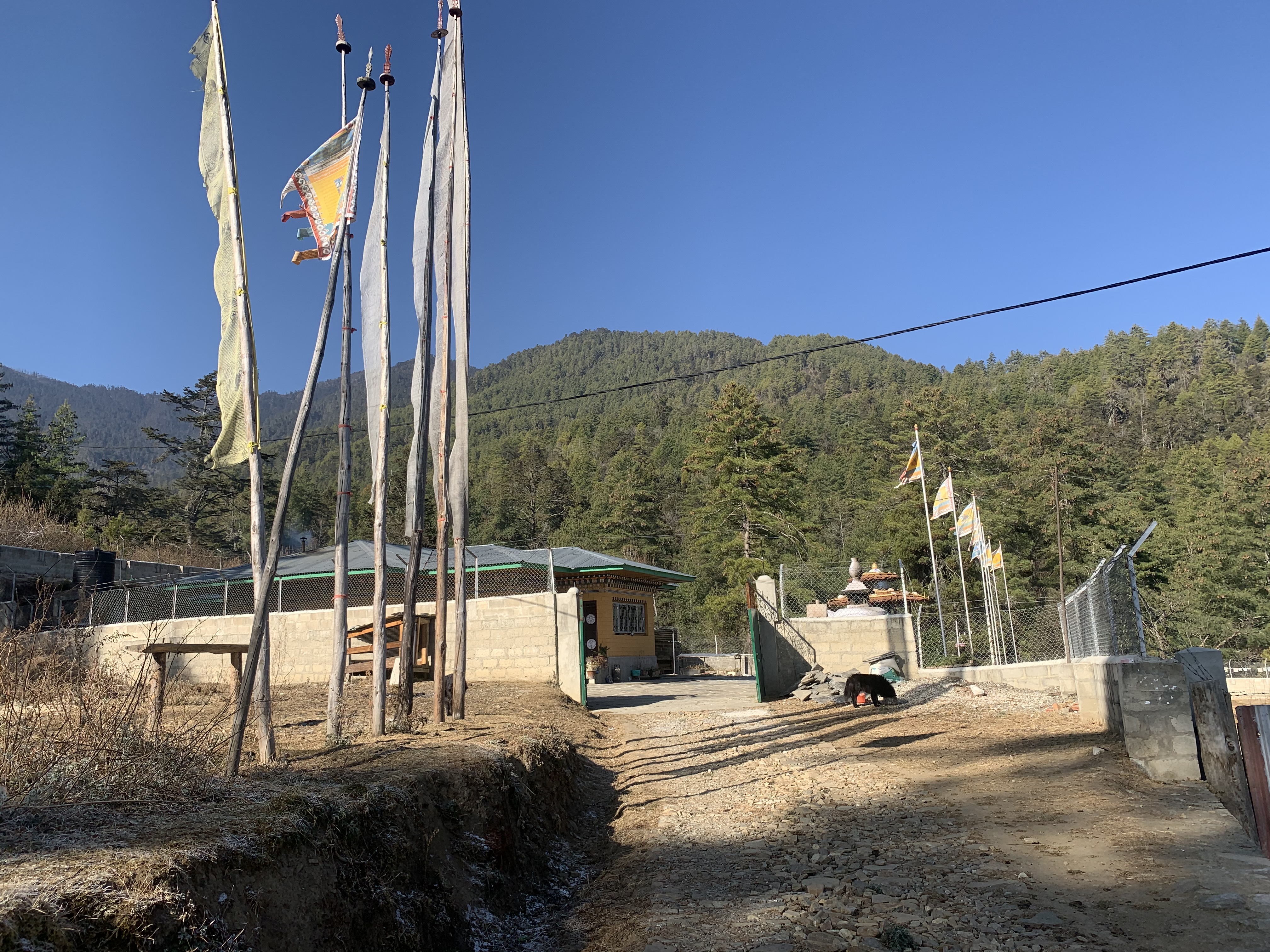 The second retreat house belongs to another of Lama Dondrup Dorje Rinpoche’s Dharma friends Khenpo Sangay Wangdi Rinpoche (former Principal of Ngagyur Nyingma University at the Namdroling Monastery). This retreat house is built on a plot of land procured through funding from Pathgate Institute in the summer of 2013. 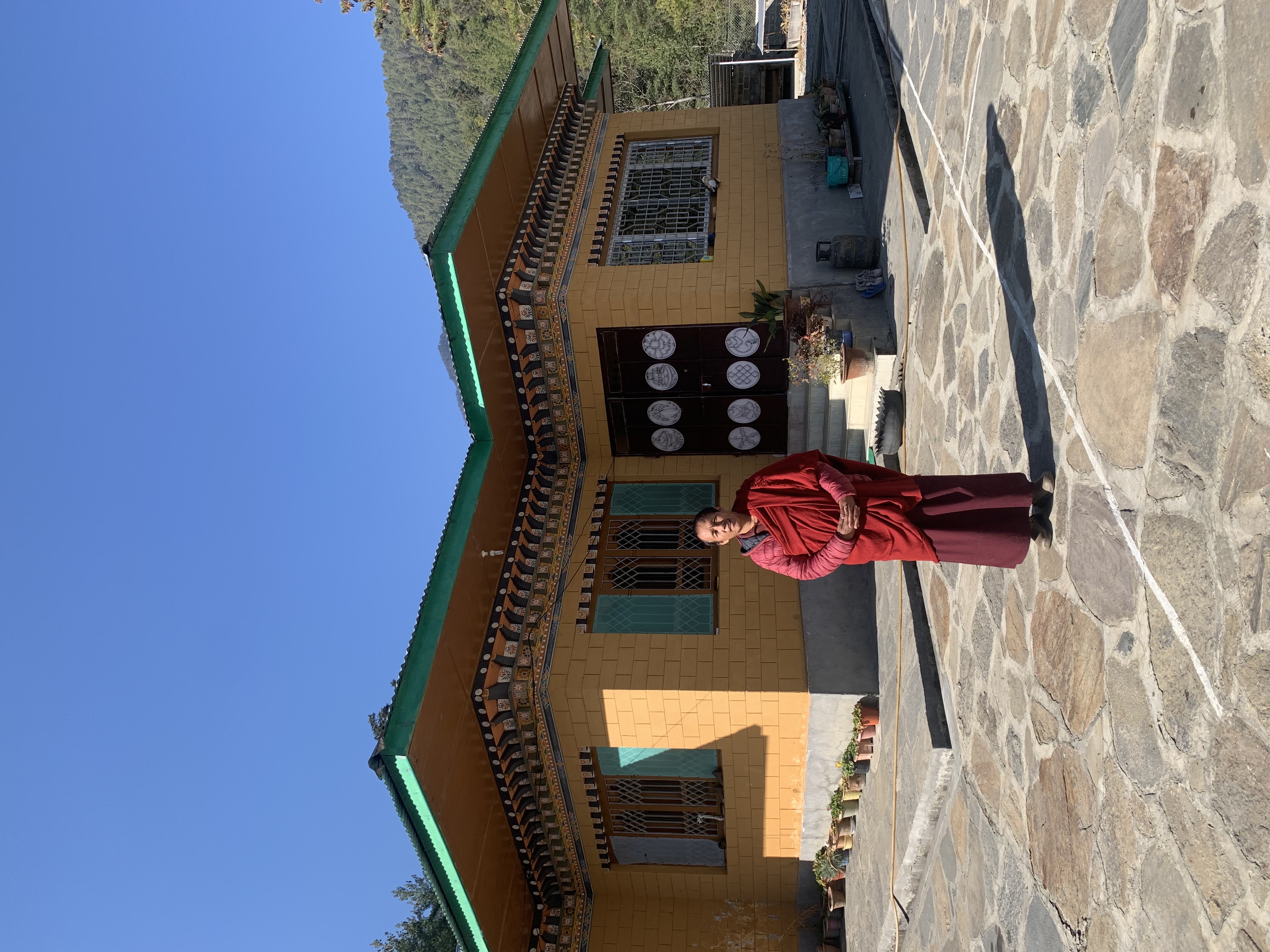 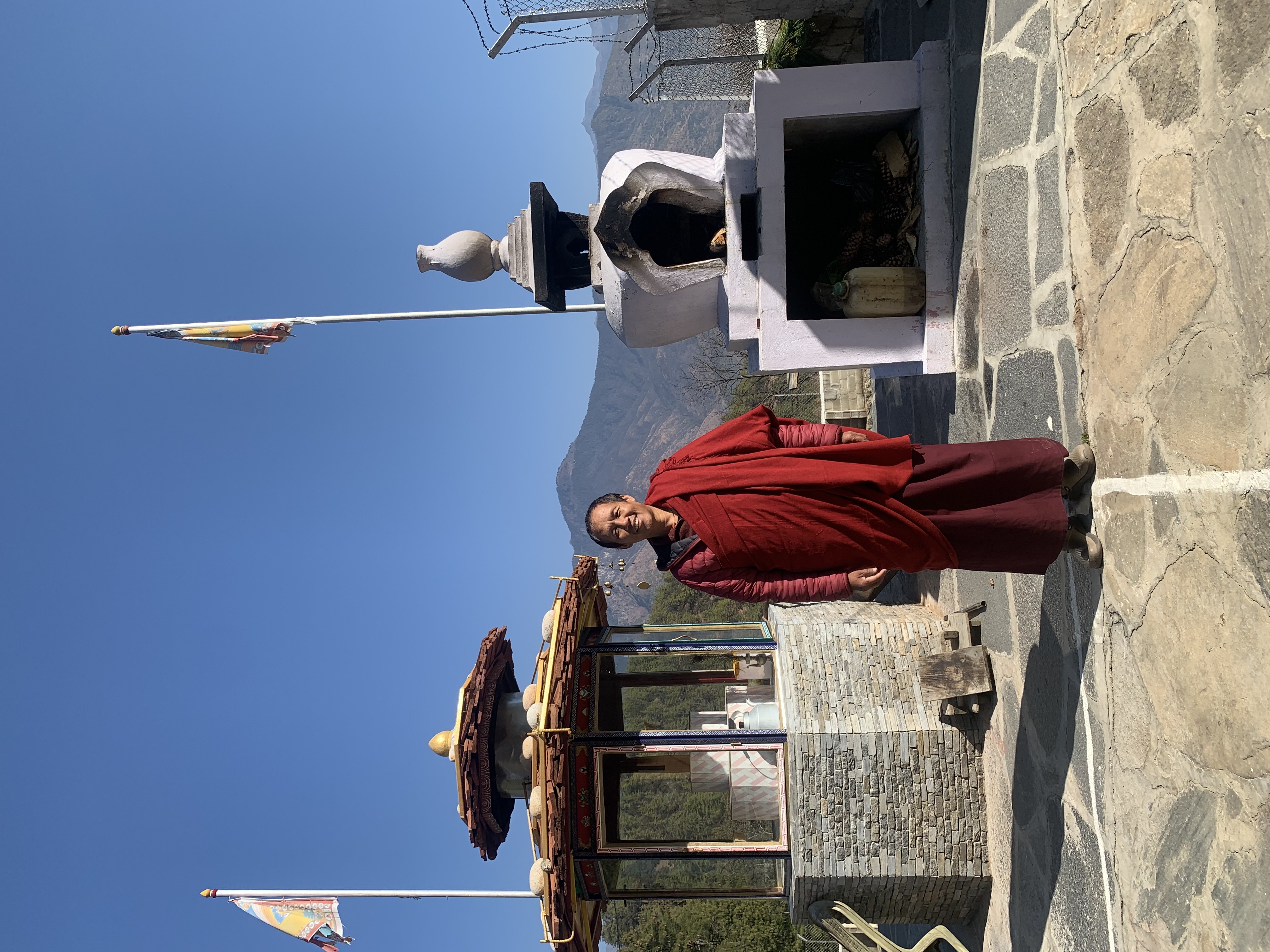 Owing to its remote location and lack of amenities, additional funding was provided to make good of what is needed such as the construction of access road, heating, and other facilities. It is now a functional live-in retreat house for Khenpo Sangay Wangdi Rinpoche. 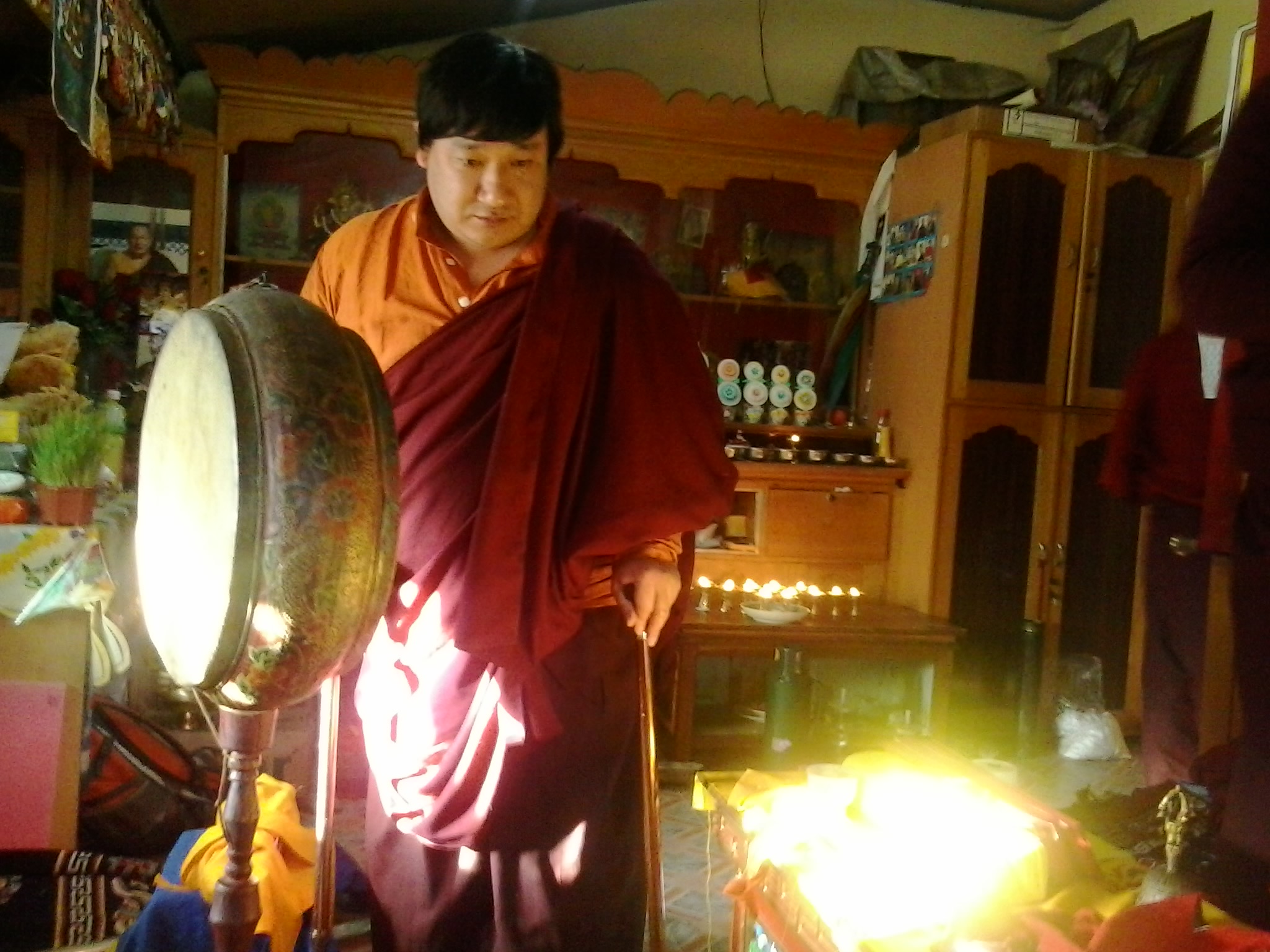 Khenpo Sangay Wangdi Rinpoche has recently updated Lama Dondrup Dorje Rinpoche with some photographs of his place including one of Lhundrup Dorji, an Omsay (Chant Master) from Namdroling Monastery, who is handicapped by both malfunctioning legs and requires the use of two walking sticks. He is one of the few monks in Bhutan who knows how to perform pujas in the Palyul tradition. To ease the difficulty he faces in transporting himself around in performing puja, a car with automatic gears was procured for him through sponsorship of Pathgate Institute in 2013.