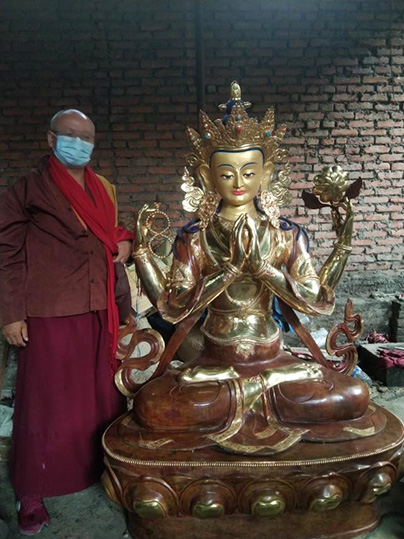 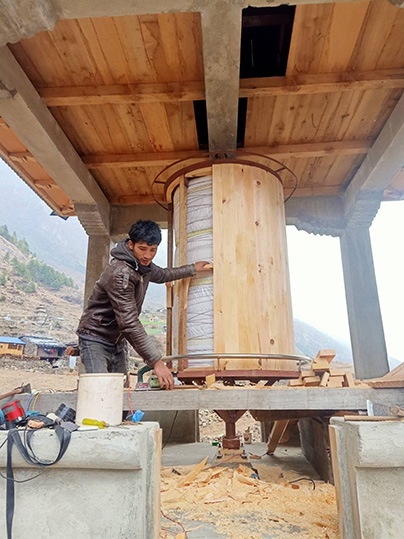 Two projects sponsored by the Pathgate Partnership Programme have been making steady progress in Nepal for the last years. The first one is the sponsoring of the construction of a large statue of Chenrezig - the Bodhisattva Mahasattva who embodies the compassions of all the Buddhas. This statue is being built by special craftsmen in Kathmandu for over two years and is fast approaching final completion. This statue will be airlifted by helicopter to the Nepalese village of Tsak Gaun for a local temple.

The second project, which is also for the village of Tsak Gaun, is an outdoor Mani Dungkhor - a large prayer wheel that is consecrated with rolls upon rolls of the Mani mantra of Chenrezig. The iron that was needed for the construction was airlifted by helicopter to the village due to the remoteness of the location and the difficulties to transport the material by mountainous treks.